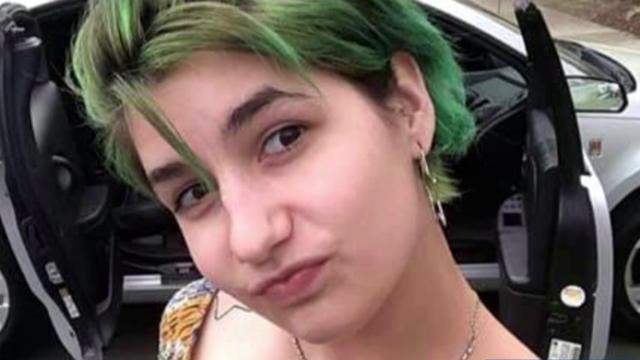 Holly Springs, N.C. — Police examined at least four drains from the home of a missing Holly Springs woman for evidence of a possible murder, according to a newly unsealed search warrant.

Monica Moynan, 23, was reported missing by her mother in July, but the woman told police that she hadn't seen her daughter in person since March. Moynan also hadn't shown up for work at a Fuquay-Varina restaurant for months by the time police started investigating.

Holly Springs police have said they believe Moynan was killed, and they have called her ex-boyfriend a person of interest in the case, although no charges have been filed.

Investigators searched Moynan's apartment on Timber Springs Court in August, seizing the traps from the kitchen sink and two bathroom sinks, as well as the drain from the washing machine, according to a search warrant that was unsealed on Tuesday.

Police also took a soil sample from the area, swabbed for evidence on the back door and the back porch and seized a set of curtains off the back door, a toy play mat, two silver latches, a journal and other items from the apartment, according to the search warrant.

Brian Sluss, Moynan's ex-boyfriend, was the last to see her alive, according to search warrants released earlier in the case, and his actions after her disappearance raised suspicions.

Sluss, according to those warrants, failed to report her missing, lied about her whereabouts and used her social media accounts and phone, pretending to be her, after she was missing.

He told police that Moynan had become addicted to heroin and had run off in late June after he tried "home rehab" to break her of the addiction. He said he didn't know how to tell her family about it, so he sent texts to them as if everything was fine with her.

But investigators noted in search warrant applications that he had told other people Moynan had been at a drug treatment facility for months and that he told a different story of her whereabouts to police when they questioned him at his parents' Virginia home in September.

Other search warrants unsealed this week show police in November examined Moynan's mail, which had never been removed from the Holly Springs apartment complex, and combed through Moynan's and Sluss' Facebook accounts.