Warrant: Man charged in Raleigh rape might be linked to Durham assault 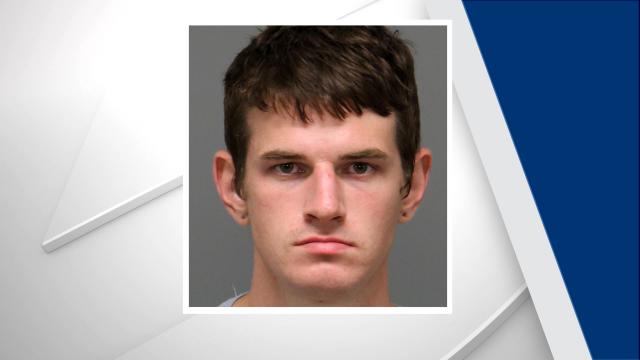 Raleigh, N.C. — A man charged with raping a Raleigh teen last year also might have sexually assaulted a Durham woman, according to new search warrant.

Sean Thomas Klinek, 28, of 1010 E. Lady Diana Court in Apex, was arrested two months ago on charges of first-degree forcible rape, first-degree kidnapping and assault causing serious bodily injury. He remains in the Wake County jail under a $1.5 million bond.

Klinek is accused of attacking a 15-year-old girl outside her home over Memorial Day weekend in 2017.

The teen, who is an artist, drew a sketch of her attacker and gave it to police. Several months later, she notified police that she had seen the man's photo on television in connection with an Orange County robbery.

Investigators noted how similar Klinek's mugshot looked to the sketch, and the girl later picked his photo out of a lineup as her attacker, authorities said.

Raleigh police recently obtained a warrant to get a DNA sample from Klinek to see if it matches evidence from a Durham sex assault a year ago.

In that case, a 32-year-old woman was walking her dog outside her Penrith Drive home on Dec. 9 when she was attacked from behind. Her husband later found her unconscious in some nearby woods with her pants around her ankles.

The warrant application also noted that the crimes occurred a little more than six months apart and within 10 miles of each other.

Police also obtained a warrant to search Klinek's cellphone for evidence in the case.