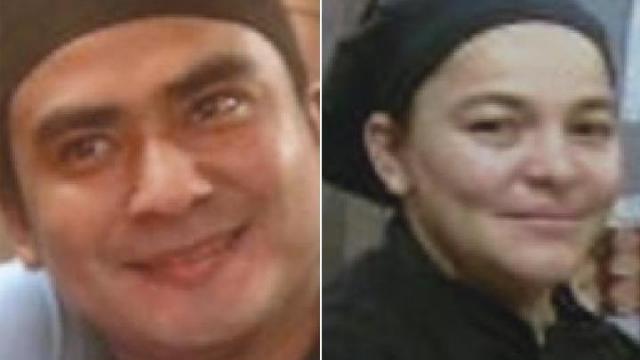 Raleigh, N.C. — A search warrant made public Thursday in the fatal shooting of a Wake County couple suggests that a man who previously lived in their home and who investigators say is a high-ranking gang member might have been the target.

The bodies of Jose Samual Flores Mendoza and his wife, Maria Saravia Mendoza, both 34, were found around 12:30 a.m. Jan. 5 at their home at 708 Colonial Drive, near Garner, after a neighbor called 911 when she heard loud noises.

According to the search warrant, issued Jan. 6 and returned Thursday morning, investigators discovered that the man who lived in the home prior to the Mendozas moving in was associated with the victim of a Dec. 4 shooting on Meadowbrook Road, near Garner, in which a man had been shot in the ankle.

The victim and others involved in the December shooting, according to the warrant, are affiliated with known gangs, and one of them stayed with a woman who lived at 708 Colonial Drive.

The search warrant was issued to obtain data from three cellphones seized in the December shooting that investigators believed could help them solve the Mendozas' shooting deaths.

According to the warrant, investigators found the couple dead from gunshot wounds, but their 3-year-old son, who also was in the home, was unharmed. Multiple shell casings from multiple firearms, later determined to be a .45-caliber handgun and an assault rifle, were also found in the home.

Court documents relating to the arrest of Isrrael Vasquez, 16, one of two teenagers charged in the case, indicate that investigators found on Jan. 15 a firearm at his home that was used in the killings.

Vasquez, of 165 Montiseno Drive, Raleigh, and his 15-year-old nephew, are each charged with two counts of murder, two counts of felony conspiracy, first-degree burglary and possession of stolen property. Vasquez faces an additional charge of possessing a firearm with an altered or obliterated serial number.

Those who know the two teens say the arrests come as a shock.

Gerri Deutsch said they are friends with her son and go to school together.

"Anybody is capable of doing anything, but had I expected it or seen it coming?" she said. "No, not at all."

Investigators say the Mendozas also had a 12-year-old son who was not home at the time of the crime. The children are now in the care of relatives, who could not be reached for comment Thursday.

Friends and employees who worked with the couple at Golden Corral in south Raleigh, however, said they were both shocked and relieved that investigators had made arrests in the case.

"It was almost like a sense of joy but also a sense of sadness," said manager Scott Schaberg, a spokesman for the restaurant. "Nothing is going to bring them back."

The restaurant, Schaberg said, has raised more than $15,000 to help pay for the Mendozas' funeral expenses as well as to help care for their children.

Chaz Webb worked with the couple for three years.