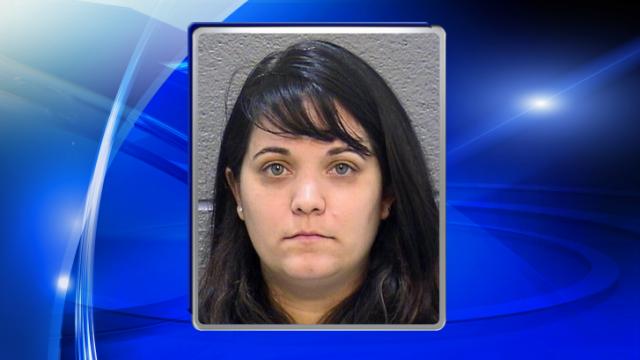 Durham, N.C. — A former Durham teacher charged with having sex with a Charles E. Jordan High School student had a tattoo of the student's name and initials, according to a search warrant released Friday.

Michelle Smith White, 37, of Penrith Drive in Durham, was charged in July with taking indecent liberties with a student and engaging in a sex offense with a student.

Authorities said White formed a friendship with the female student in 2012, when the girl was 15, and it later evolved into a sexual relationship.

Police seized a laptop computer, two tablet computers, two cellphones, a video camera, several framed photos of White with the girl, a handwritten card to the girl and a binder filled with notes from White's husband to the girl from White's home, according to the search warrant.

The search warrant also instructed officers to photograph White to show her tattoo showing the girl's name, initials and "artist rendering which would be symbolic of the juvenile."

White worked at Jordan High as a dance teacher from March 1997 until she resigned in April, according to Durham Public Schools officials.

The search warrant affidavit notes that White left her job while the school district was in the midst of its second investigation into her relationship with the student.