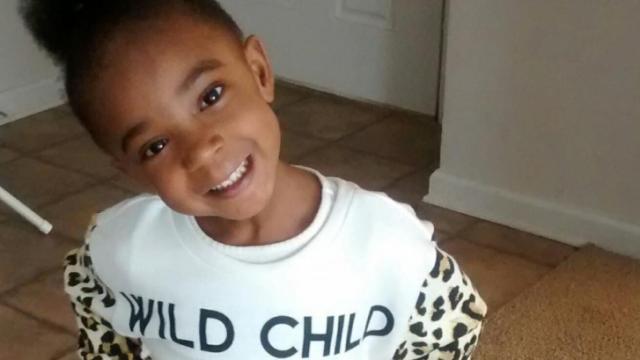 Durham, N.C. — A Durham woman beat her 4-year-old daughter to death last month with a leather belt "and possibly her fists," according to a search warrant released Thursday.

Jessica Warren, 27, is charged with first-degree murder in the Sept. 25 death of Armani Hodges.

Paramedics were called to Warren's apartment on Falls Pointe Drive, where they found the girl unconscious, and efforts to revive her were unsuccessful.

Warren initially told police that Armani had been playing on her bed earlier in the day and fell and hit her head. Later, the girl went to bed early because she was feeling ill, Warren told police.

According to an application for a search warrant to examine Warren's cellphone, an autopsy determined that Armani died of severe abdominal trauma, including a lacerated liver, and that no head trauma was found.

Warren later confessed to police that she beat her daughter with the belt she was wearing when investigators interviewed her and that she "possibly" used her fists as well.

"Ms. Jessica Warren stated that she did not beat her to kill her," the search warrant affidavit states.

Investigators wanted to search Warren's phone because she was calling people from the police station during breaks in her questioning and was overheard telling them that "she was confident she was not going to jail," the affidavit states.

In addition to her cellphone, officers seized a black belt with a silver buckle and took photos of Warren to document her physical appearance, including the size of her fists, the search warrant states.