Warrant: Cary man told landscapers he shot his wife, asked them to call 911

Cary, N.C. — A Cary man told lawn workers that he killed his wife and asked them to call the police on Sept. 19, according to newly released search warrants.

According to the documents, 59-year-old Michael Sauls admitted to shooting his ex-wife in the backyard of their home at 2201 Piney Plains Road, near the Crossroads Plaza shopping center.

When officers arrived, they found Patsy Sauls suffering from a gunshot wound and a black revolver in the grass nearby. Patsy Sauls was rushed to WakeMed in Cary where she died from her injuries just after 12:30 p.m. Michael Sauls was still at the scene and was taken into custody without incident.

In an interview room, immediately following his arrest, Michael Sauls kept asking if his wife was OK and if she was alive, according to the search warrant. Sauls also asked for a lawyer and refused to answer any questions. 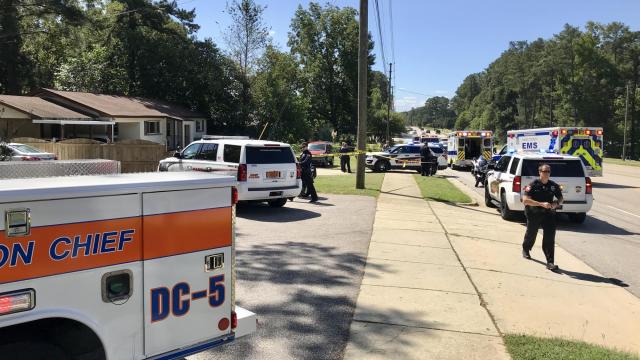 A landscaping crew was working nearby when they heard the shots, and workers told police that Michael Sauls met them on the front lawn and asked them to call the police because he had shot his wife.

One of the lawn workers told police that Michael Sauls said, "Call the police, I just shot my wife. It was a domestic, I just shot her." The worker remained on the phone with the 911 dispatcher until police were at the scene.

The couple's son told police that the couple was still living together after divorcing in March. The couple filed for divorce in Jones County in January, according to court records.

According to the search warrant, the son told police that his father talked with him the night before and expressed concern about Patsy Sauls' health, "due to what Michael believed to be her involvement with another man."

Michael Sauls was charged with his wife's murder.

He made an initial court appearance in September and was ordered to return in October, when he will be represented by the public defender's office. Sauls could face the death penalty, a judge said.

The killing of Patsy Sauls marks the first homicide in the Town of Cary for 2019.

A town official said Friday that Cary has had 14 homicides since 2014, and four them involved domestic disputes.

Deanna Hawks, a spokeswoman for Cary Public Safety, said there was no threat to the community. The home is located next door to the Little Treasures Daycare center. Officials there said the daycare was not put under lockdown.