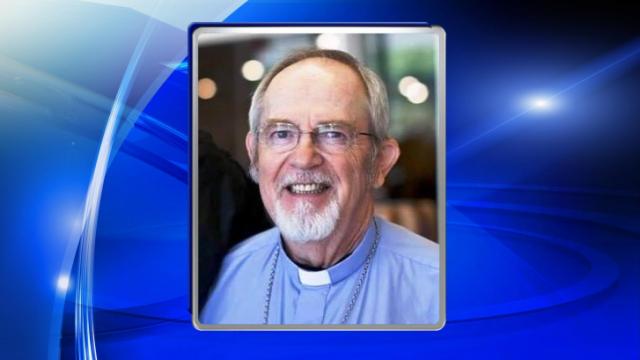 Hillsborough, N.C. — A Raleigh man allegedly tried to blackmail a Durham priest found dead last month in a state park in Orange County and then admitted to killing him, according to a search warrant released Wednesday in the murder investigation.

Matthew John Reed, 36, of Raleigh, was arrested Aug. 10 after he led police to the body of Kent Torrey Hinkson in Eno River State Park.

Hinkson, 71, had disappeared six days earlier after he left his Durham home to run errands, family members have said.

An agent with the State Bureau of Investigation – the lead agency on the case – says in the search warrant affidavit for a DNA sample from Reed that Reed's brother-in-law, Mark Hynes, and mother, Lori McCabe, contacted Durham police on Aug. 7 after Reed admitted to his mother that he killed somebody.

"Hynes said that Reed told McCabe that Reed was in trouble, something had gotten out of hand, and it had to do with sex, money and a person with a prominent position in the community."

Police, on Aug. 9, again spoke with Hynes, who said Reed told him that he had been using methamphetamines when he met Hinkson and tried to blackmail him.

"Hynes explained that Reed had told the preacher that he wanted money or he was going to tell the preacher's wife about their meeting," investigators say in the warrant. "Hynes said that Reed admitted to killing the preacher with his own two hands."

Reed called to talk to police later on the night of Aug. 9, and investigators eventually picked him up at a Greensboro McDonald's.

He led them to Hinkson's body, which was at the end of Laurel Ridge Road in Orange County, with his pants around his ankles and belt around his neck, the warrant says.

Reed also told police, according to the warrant, that he met Hinkson about two hours before his death at a Durham McDonald's and that they drove around a bit before going to the park.

The SBI says in the affidavit that Reed admitted to fleeing Eno River State Park using Hinkson's car, parked it at a Durham apartment complex and threw the keys and some of Hinkson's personal belongings in a nearby storm drain.

Police found Hinkson's red 2011 Hyundai Sonata on Aug. 6 at The Mews Apartments on Williamsburg Road – about 4.5 miles from Hinkson's home.

Authorities have not spoken about their investigation, and a spokeswoman for the North Carolina Department of Public Safety declined to comment Wednesday.

Brian Ellison, a representative for Hinkson's family, declined to comment on the investigation but said the family has been encouraged by the love and support it has received.

"It's been a very difficult time. It really isn’t any other way to describe it," Ellison said. "But the support they’ve been receiving from so, so many people has been such an encouragement to them and is really helping them get through this."

Hinkson had been in ministry for more than 40 years and was a volunteer minister at All Saints Church in Durham.

Reed, who has criminal convictions on burglary charges in Georgia and Ohio, is being held without bond in the Orange County Detention Center.