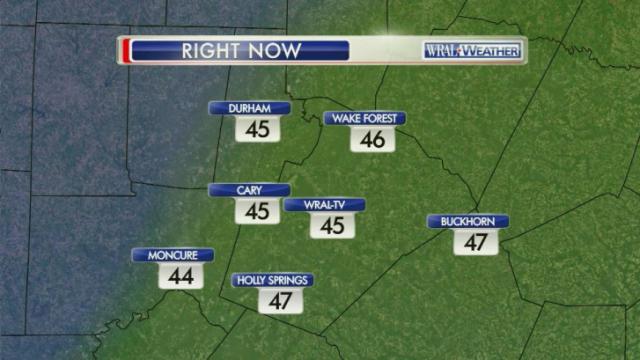 Clouds and a drizzle hovering over the Triangle kept temperatures a little warmer than normal on Saturday morning, but the region promises to warm up even more in the afternoon.

Patchy rain will move in as temperatures climb, though.

"We're really not seeing much in terms of any substantial precipitation (this morning), but that doesn't mean that there can't be some damp spots as we're heading out early today," said WRAL Meteorologist Mike Moss.