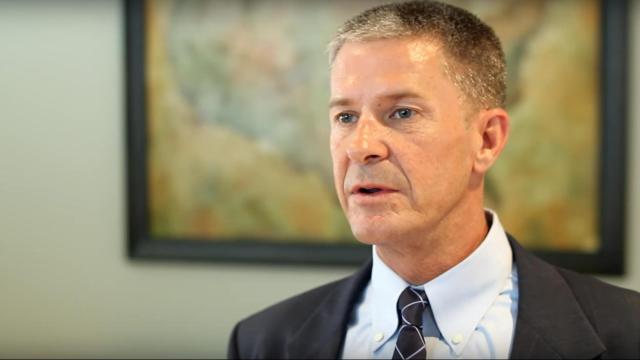 Retired stock-car driver Ward Burton has a legacy of success in NASCAR, but his drive to succeed did not end when he left the track.

Lately, Burton has been occupied with a call to conservation. As the founder of the Ward Burton Wildlife Foundation, he dedicates his efforts to land preservation and wildlife conservation in and around his home state of Virginia.

Burton began racing professionally in 1994 and accumulated a slew of accolades, including a prestigious Daytona 500 Championship title, over his 13-year career. In 1996 he founded the Ward Burton Wildlife Foundation, a nonprofit organization whose mission is to protect natural resources.

Among the foundation’s programs are initiatives for land management, youth education and rehabilitative services for American military veterans. Burton’s creation of his foundation and ongoing interest in land and wildlife conservation is an example of his determination to make an impact in racing and beyond.

He credits his lifelong drive to succeed to skills he learned early on during his time as a military academy student.

"All the character building that I learned here at Hargrave, I still use it today, but it helped my racing career because it gave me the focus and discipline," Burton said. "When I saw a path that I wanted to go down, I went down that path and I didn't veer from it for any reason at all."

Burton's ties to the military can be traced back to his days at Hargrave Military Academy, a preparatory boarding school in Virginia with a rich tradition in academic, athletic and character development success. Burton is a graduate of the program and credits his discipline and determination to Hargrave.

"The discipline that I learned at Hargrave ... gave me the focus needed to stick down the path [to racing] without veering from it at all," Burton said.

Among the character-development skills learned in his formative years at Hargrave, Burton places responsibility, dependability, and honesty at the top of the list.

"Simply graduating is not the goal of our faculty for our cadets," said Hargrave Academy's interim president Colonel Wheeler Baker, Ph.D. "A Hargrave graduate is recognized as an educated cadet that exhibits strong character [with] determination and a 'never quit' attitude."

Rooted to serve a greater cause

With his foundation, Burton has already created a conservation legacy that will last beyond his lifetime because the land being conserved will be protected for generations.

The ties to his military roots continue to strengthen as the organization focuses on initiatives that protect the environment while addressing the needs of the United States armed forces. In one such program, they work with the Army Compatible Use Buffer to conserve and protect the land on two military bases in Virginia and in Pennsylvania.

The Army uses the bases for military exercises and training, and the foundation works to protect external environmental threats to the land such as development, as well as internal threats to endangered species. To date, the foundation has conserved over 10,000 acres of land and is working on protecting an additional 9,000 acres.

Burton's son, Ashton, is a 10th grader at Hargrave. He said it is telling that he is the third generation to attend the academy.

"Being part of a legacy is not only unique, but it means something. Something at Hargrave, before or after, or both, has made this streak endure," Ashton said. "For me, that makes it even more evident that the opportunity I have been given by being a Cadet is one that will benefit me in the long run while keeping a long-lasting, three generation, legacy alive."