Want to name a ferry? 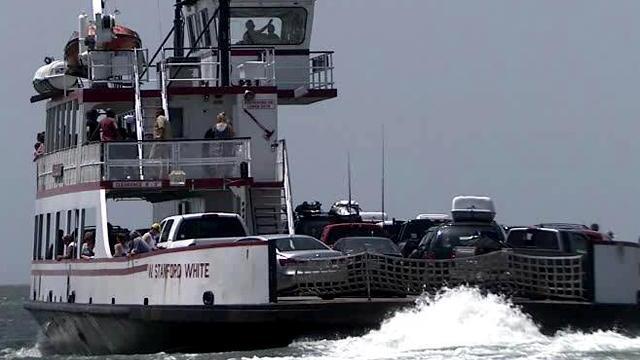 Raleigh, N.C. — Two coastal lawmakers want to scrap the idea of tolling ferry routes and replace the lost revenue by selling ad space on the ferries – and even the naming rights to specific vessels and routes.

Sens. Bill Cook, R-Beaufort, and Norman Sanderson, R-Pamlico, propose in a bill filed Thursday to use display ads, video monitors and even public address announcements on ferries and in ferry terminals to raise money for the state Department of Transportation's ferry system.

Lawmakers mandated in 2011 that the DOT raise $5 million a year through new ferry tolls by the 2013-14 fiscal year.

Lawmakers exempted the Ocracoke-Hatteras ferry from a toll because they said there had to be a free way to get off Ocracoke Island. They also exempted the Knotts Island-Currituck route because it regularly carries school buses to eliminate adding an hour onto bus routes.

Former Gov. Beverly Perdue blocked tolls on five other ferry routes from starting last April, saying the fees amounted to a "ferry tax" and unfairly hit coastal residents in a sluggish economy. Lawmakers then decided to hold off on collecting the tolls until this July.

Senate Bill 524 would eliminate all tolls in favor of ad revenue, concessions sales, charging for Wi-Fi access and possibly selling the naming routes to portions of the ferry system.