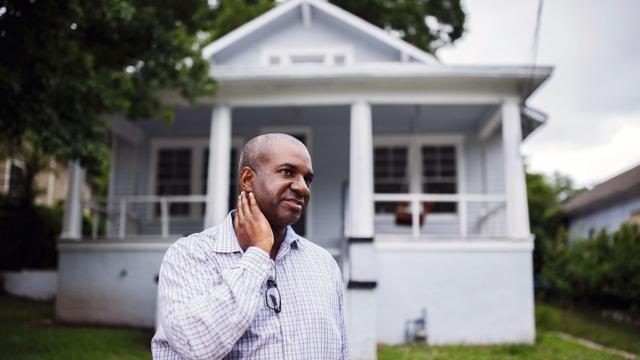 The house at 1375 Boulevard Lorraine always had what real estate people call “good bones.” A Craftsman-style bungalow, the house was modest — just 1,600 square feet on a single story — but it had a spacious front porch, and it sat on a corner lot atop a sloping lawn that meant passersby looked up at it from the street. It was built in 1935, when this southwest Atlanta neighborhood, known as Adams Park, was a prosperous, middle-class area.

By the time an investor bought it in 2018, however, both the house and the neighborhood had fallen on hard times. Southwest Atlanta had been devastated by the foreclosure crisis, which turned whole blocks into rows of boarded-up houses and overgrown lawns. Boulevard Lorraine, with its canopy of arching trees, never fell quite that far, but it struggled. The property listing for the house called it “a great fixer upper” before warning prospective buyers that it was being “sold as is.” Louis Jackson, an investor operating through a limited liability corporation, paid just $85,000 for it. 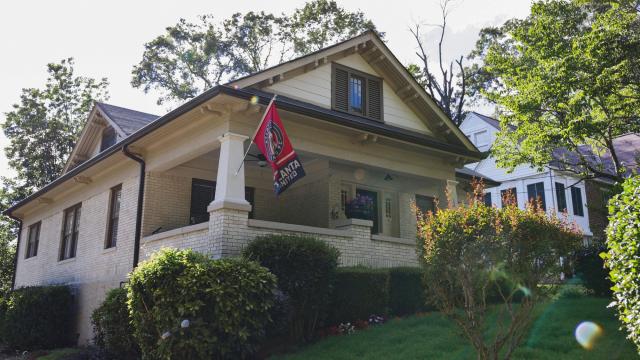 There were reasons for Jackson to be confident in his gamble. The BeltLine, a project turning an abandoned rail line into a network of parks and trails, had helped transform much of southeastern Atlanta, drawing a new generation of young, affluent (and largely white) residents to the area and driving up property values. Now, the BeltLine was being extended to southwest Atlanta, and investors were betting on the same transformation. They bought nearly 26,000 homes in the Atlanta area in 2018, largely in the southwestern quadrant of the city — including at least four on Boulevard Lorraine.

The same story is playing out across the country. A confluence of factors — rising construction costs, restrictive zoning rules and shifting consumer preferences, among others — has already led to a scarcity of affordably priced housing in many big cities. Investors, fueled by Wall Street capital, are snapping up much of what remains.

“If it weren’t bad enough out there for first-time homebuyers, the additional competition from investors is increasingly pushing starter homes out of the reach of many households,” said Ralph McLaughlin, deputy chief economist at CoreLogic, a provider of real estate data.

Jackson did not have to wait long for his investment to pay off. He sold the home to another investor in May 2018 for $134,000, pocketing $49,000 (minus expenses) after owning it for less than two months.

The couple who bought the house from Jackson, Rebekah Ellis and Jason Makarovich, were already homeowners a few miles away. Ellis, 45, has lived in the neighborhood since 1999; Makarovich, 34, arrived in 2016, part of a wave of young professionals moving into one of the last affordable parts of Atlanta.

All around them, investors were buying up properties, fixing them up and selling them, often for triple what they paid. When Ellis lost her job in 2017, they figured they might as well try real estate for themselves. The Boulevard Lorraine house was their second flip. They spent eight months renovating it, knocking down interior walls, building out the attic into a master suite and, in an unexpected twist, dealing with the termite colony that had taken up residence in the floors.

Ellis looks at the changes in her neighborhood — and her role in those changes — with some ambivalence. She once derided the out-of-towners moving into the area as carpetbaggers. Now, she is playing at least some role in that transformation.

“I was like, what are we doing?” she said. “Are we doing the same thing, ultimately, bringing in people who are going to change the place?”

For decades, single-family homes were an investment primarily for people who wanted to live in them. Real estate investors were around, but they were mostly individuals or small partnerships. That changed with the Great Recession and its aftermath, when investors bought at least 2 million homes, and almost certainly far more than that, with prices depressed. Large-scale institutional investors bought tens of thousands of homes for less than they cost to build.

At first, the flood of capital seemed like a one-time opportunity arising from the collapse of the residential real estate market. Once the bargains dried up, the investors were expected to stop buying.

Except they didn’t stop. In 2018, investors bought about 1 in 5 starter homes in the United States (defined as priced in the bottom third of the local market), according to CoreLogic. That was even higher than in the early years after the Great Recession and about double the level of two decades ago. In the most frenzied markets, investors bought close to half of the most affordable homes sold last year, and as much as a quarter of all single-family homes.

The Neighborhood Is Mostly Black.The Homebuyers Are Mostly White.

With all the competition, homebuyers like Fatou Ceesay can feel caught in the crossfire.

An accountant, Ceesay, 38, had a budget of about $300,000 — which was, until recently, more than enough to buy a home in the southwest Atlanta neighborhoods where she has been looking. Even after the area’s rapid price appreciation, plenty of listings were within her range. 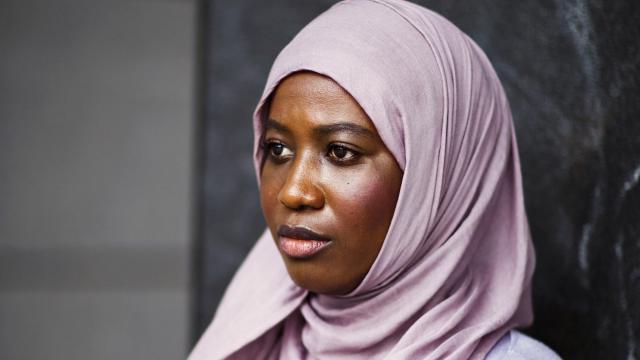 But Ceesay has spent more than two years trying to buy a home. Time after time, she has put in offers, only to be told she was beaten out by a cash buyer. Some sellers don’t even give her a chance to bid: They specify they want cash right in the listing. Other times, listings disappear in hours, before she has put in an offer — often to reappear on the market weeks or months later, with $100,000 or more added to the price. Ceesay worries that the recent price gains are unsustainable, and that she is buying into the top of the market. But the longer she waits, the higher prices go. She recently raised her limit to $350,000.

“Every once in a while I do just give up and say this is not going to happen, I’m not going to find a place,” she said. “But I’m still looking.”

The man helping Ceesay find a home is Derrick Duckworth, a local real estate agent. A Bellevue, Washington, native, Duckworth moved to Atlanta in 1997 and watched the city change around him.

Duckworth, 51, said he worries about people like Ceesay who can’t buy in, and about longtime residents who are being priced out. He estimates that 9 out of 10 people buying in the neighborhood are white.

But Duckworth said the changes to the neighborhood have mostly been positive. Many of the houses had been abandoned and now have people living in them. Restaurants and stores are opening.

“All I know is, the three houses to my right were vacant,” he said.

He has also profited from the surge in investment. The real estate group he started, BeltLine Team, caters both to investors and to new residents who buy homes once they have been repaired. And he is an investor himself — he has flipped several homes in the neighborhoods where Ceesay is hoping to buy.

“If it is anybody’s fault, it’s probably mine, because I brought people in,” Duckworth said.

What is happening in Atlanta is partly a familiar story of gentrification pushing up prices and driving out longtime residents. But those trends are being spurred by a fast-growing industry that promotes investment in single-family homes: lenders who provide the capital, brokers who handle transactions, wholesalers who buy homes by the dozens and sell them before they even take possession.

Ellis and Makarovich turned to that ecosystem, borrowing $187,500 to buy and renovate the Boulevard Lorraine house from Angel Oak, a hard-money lender. Days after they closed on the home, Angel Oak announced it had completed a $90 million securitization of similar fix-and-flip loans — meaning it had packaged the loans and sold slices of them to other investors. KKR, the investing giant, recently announced it would invest $250 million — on top of an earlier commitment of the same size — in such loans.

Hard-money lenders like Angel Oak are just one thread of the vast spider web of businesses that have sprung up to support investors. Many of them grew out of the housing bust, when companies like Invitation Homes, now backed by the private equity firm Blackstone Group, bought up tens of thousands of homes and rented them out. Now, many of the same systems those companies used to efficiently build and operate vast rental empires are themselves for sale — allowing even more investors to build portfolios of single-family homes with what amount to off-the-shelf management tools.

“Wall Street has taken an asset class that used to be something hokey and made it the real deal,” said Martin Kay, founder of Entera, an 18-month-old platform for real estate investors. 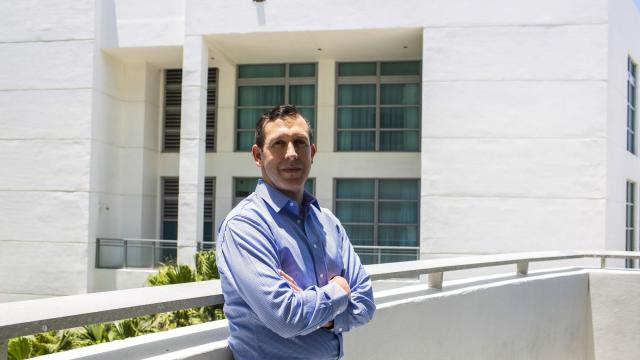 Entera lets bidders choose among hundreds of thousands of single-family homes as if they’re buying stocks and bonds. Investors can build an online profile of homes they want — for example, houses in an up-and-coming neighborhood in a city with lots of tech jobs, or affordable homes in middle-class neighborhoods in Texas — then make an offer with a click. Entera finds homes that fit that profile and facilitates the transaction: Ground agents assess the condition and location of the homes, while a team in Houston works to close the deal.

To existing residents, the flood of investors can feel like a threat.

“It’s almost like locusts came down and bought everything up,” said Robby Caban, a neighborhood activist in Atlanta. Caban is a real estate agent. But she avoids working with the big investors who she says are tearing neighborhoods apart — like the ones who evict existing tenants so they can raise rents, or who leave homes vacant, sometimes for years, while waiting for values to appreciate. Driving through one neighborhood recently, she pointed to a number of boarded-up homes — all, she said, with corporate owners.

Often, conventional buyers do not even have a chance. In some cases, wholesalers make unsolicited offers on properties, then flip them to investors without putting them on the public market. Caban’s inbox and voicemail are flooded with offers for “off market” deals available only to cash buyers.

The house at 1375 Boulevard Lorraine isn’t owned by an investor anymore.

In March, Tiffany Wilkes paid $324,000 for the newly renovated home that Ellis and Makarovich flipped. She and her husband moved in right away, along with their 9-year-old son, Logan. They had to — the home they were renting was being sold.

Wilkes and her husband, Anthony, spent a year looking at properties, losing at least one to an investor who swooped in with a cash offer. When they saw the home on Boulevard Lorraine, they moved fast — Wilkes toured it on a Saturday and put in an offer the next day. They bid more than the $299,000 asking price, and still nearly lost out. Ellis and Makarovich considered a higher offer, but it fell through.

“If we waited one year on this house, we’d have been spending $425,000 to $500,000,” said Tiffany Wilkes, who works in marketing at Home Depot’s corporate headquarters. “We waited long enough. We saw it changing around us.”

As a young, well-off family new to the neighborhood, the Wilkeses are in some ways typical of the changing southwest Atlanta market. But they have deep roots in the area — Wilkes grew up in Decatur, an Atlanta suburb, and spent her childhood coming into the city to visit her grandparents. After they bought the house, she learned that her mother-in-law once lived nearby. And they are unusual in another respect: They are black, something she said surprised neighbors used to seeing white families move in.

The investors are still coming. Up the street, a home is on the market for $369,900, 2 1/2 times what it sold for less than a year ago. The home across the street is being renovated, too. But the Wilkeses are not going anywhere. They were looking for a home where they could get to know their neighbors, and where Logan could have stability. They believe they have found it.

“Every day when I walk through the house, I’m like, ‘This can’t be real,’ but it is,” Wilkes said.