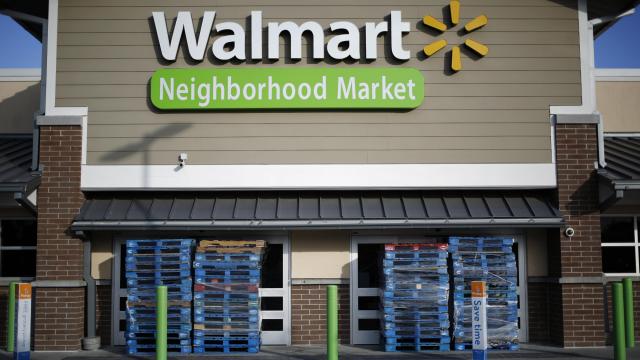 The company announced this week that its more than 8,000 truck drivers will get around a $1,500-a-year raise. Walmart, the world's largest retailer, hopes higher pay will help it retain those drivers and hire 900 new ones this year.

A shortage of truck drivers nationwide and high turnover rates in the industry have hit Walmart at a bad time. The company faces pressure to deliver goods on time to its 4,700 stores and online distribution centers to compete with rivals like Amazon.

Although many companies outsource trucking to third-party carriers, Walmart has its own private fleet of 65,000 trailers, one of the largest in the country. Last year, Walmart brought on more than 1,400 new drivers.

Walmart drivers, who are known for their white shirt uniforms, get paid per-mile. Pay varies based on their tenure at the company.

Beginning in February, Walmart will give a one-cent-per-mile increase in pay. That means drivers will now make about 89 cents per mile on average and $87,500 a year.

Walmart has also changed its onboarding process to get drivers on the road more quickly. It found that the process had been too slow, leading potential drivers to take other jobs.

Pepsi, Coke, Mondelez and Hasbro are also struggling with trucking, a crucial link in the supply chain.

"Freight costs have skyrocketed in the last year for everybody," Costco CFO Richard Galanti said in May.

More than 70% of goods in the United States hit the highway at some point before they get to your home, according to the American Trucking Associations, an industry trade group.

The strong economy has increased demand for products, and there are not enough qualified drivers in the tight labor market to keep up.

Adding to the challenge, long-distance truck driving is tough work. Drivers have to complete strict training requirements and withstand the grueling, lonely demands of days of interstate travel.

An aging trucking population, low wages, and a new federal safety regulation that restricts hours on the road have contributed to the squeeze, analysts say. Median pay for tractor-trailer truck drivers was around $42,000 last year, according to the Bureau of Labor Statistics.

To attract and keep new truckers, major carriers like J.B. Hunt are increasing pay and benefits. Congress is also considering lowering the interstate truck driving age to 18 from 21.

There are signs that companies' strategies to address the shortfall are paying off. Turnover at large trucking carriers fell last quarter.

"Large pay increases fleets have been offering appear to be working," said Bob Costello, chief economist at the industry group.