TikTok Is Said to Wrestle With Two Competing Offers 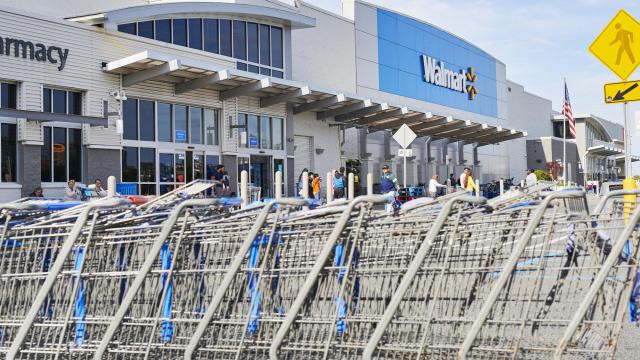 SAN FRANCISCO — The race to buy TikTok’s U.S. operations has entered its final stages, with two groups submitting bids for the video app, said three people involved in the deal talks. One of the bids was from Microsoft and Walmart, which have teamed up, and the other was from Oracle and could include a coalition of investors, they said.

The discussions remain fluid, said the people, who were not authorized to speak publicly. It is unclear which group will secure a deal, and the makeup of the bidders could still change.

But TikTok’s owner, Chinese internet company ByteDance, will most likely make a decision on the competing bids in the coming days, they said. And whichever bid is selected is likely to set TikTok’s U.S. business down very different paths.

A deal with Microsoft and Walmart could draw on Walmart’s digital sales background to turn TikTok into a kind of e-commerce app for both creators and users, people involved in the talks said. That could make TikTok more like Douyin, ByteDance’s TikTok-like Chinese-language video app, which already has e-commerce integrated into it.

A deal with Oracle, the enterprise software company, would be more of a data play. Oracle could use TikTok’s data about social interactions to benefit its cloud, data and advertising businesses, the people said.

Representatives for TikTok, Microsoft and Oracle declined to comment. In a statement, Walmart confirmed it was participating in the discussions and said, “We are confident that a Walmart and Microsoft partnership would meet both the expectations of U.S. TikTok users while satisfying the concerns of U.S. government regulators.”

Any deal would cap months of turbulence for TikTok, which has been under intense pressure from the Trump administration. White House officials, who have become increasingly tough on China, have said that TikTok poses a national security threat because it could provide data about U.S. users to Beijing. This month, President Donald Trump signed an executive order mandating that TikTok sell its U.S. operations by mid-September or cease transactions within the country.

That pushed ByteDance and TikTok to seek a buyer, in what could amount to a blockbuster deal. Microsoft had already been talking with TikTok and ByteDance about a potential acquisition, people with knowledge of the talks have said. They initially discussed Microsoft taking just a minority stake in TikTok, before the scope of a deal ballooned.

Since then, Oracle and other bidders have also joined the talks. Bankers and others have also called Netflix, Twitter and others to gauge their interest in doing a deal with TikTok, though the degree of interest has varied widely.

Under stipulations set by the White House to alleviate national security concerns, ByteDance would need to sell TikTok’s U.S. operations to reduce the app’s Chinese ownership. It would also have to sell to one or more companies that have a technology services provider, in part to transfer TikTok’s American user data over to U.S. servers. Both Microsoft and Oracle satisfy those requirements.

Prices for a potential deal have ranged from $20 billion to $50 billion, people with knowledge of the talks have said. It was unclear what bid amounts were submitted.

Dan Ives, an analyst at Wedbush Securities, said in a note to investors that the participation of Walmart was likely “the final piece of the puzzle that ultimately cements Microsoft successfully acquiring TikTok’s U.S. operations for likely $35 billion to $40 billion.”

The emergence of the two bids follows the resignation late Wednesday of TikTok’s chief executive, Kevin Mayer. Mayer, a former Disney executive who had announced he was joining TikTok in May, said he was resigning because he had signed on for a global role, not to run a carved-up version of the company. In a note to employees, he also indicated that a deal for TikTok might be close.

“We expect to reach a resolution very soon,” Mayer wrote.

Zhang Yiming, ByteDance’s chief executive, said in his own note that ByteDance and TikTok were moving swiftly to resolve its issues in the United States and India, where the app was banned in June.

“I cannot get into details at this point, but I can assure you that we are developing solutions that will be in the interest of users, creators, partners and employees,” Zhang said.

While Microsoft’s and Oracle’s interest in a bid for TikTok’s U.S. operations has been known, Walmart’s participation only emerged Thursday. The world’s largest retailer, known for its brick-and-mortar stores, has recently been pushing into digital businesses like entertainment, partly as a way to outpace its rival Amazon. In 2018, the retailer reached a deal to have Metro-Goldwyn-Mayer create short-form original series for Walmart’s ad-supported streaming service, Vudu. At the time, Walmart said it expected to team up with more studios to create content for the service.

It also entered a joint venture with Eko, a New York startup that focuses on “interactive storytelling,” in which viewers control the plot of commercials and television episodes.

Vudu features so-called shoppable ads, in which viewers watching on internet-connected TVs can click on the words “add to cart” on an ad and have the product being advertised dropped into their Walmart.com shopping queue. In April, Walmart agreed to sell Vudu to Fandango.

“The lines are blurring between traditional shopping, digital shopping and social media,” said Michael Lasser, a retail analyst for UBS. “Connecting with a younger audience is vital to Walmart’s long-term outlook, especially as more digitally native generations move into their prime consumption years.”

The pandemic has shown the importance of e-commerce to Walmart and other big-box retailers. In an earnings report this month, Walmart said its online sales doubled during the quarter.

Microsoft and Walmart have teamed up before. In 2018, the companies announced a multiyear cloud partnership aimed at accelerating Walmart’s digital commerce business.

Oracle, on the other hand, has long been rivals with Microsoft. Both compete to provide software and cloud services to businesses. They have battled over similar contracts, such as the $10 billion technology contract for the Joint Enterprise Defense Infrastructure, known as JEDI, with the Department of Defense. Microsoft won the contract last year.

In Washington, members of the Trump administration have expressed support for a deal with Oracle. Safra Catz, Oracle’s chief executive, and Lawrence Ellison, Oracle’s founder and executive chairman, have close relationships with Trump and other members of the White House, having cultivated those ties for years.

This month, Trump told reporters he would support a TikTok sale to Oracle, which he called a “great company.” “I think that Oracle would be certainly somebody that could handle it,” Trump said.

Whichever bidder wins the TikTok deal will face the challenges of running a user-generated content business. TikTok has made missteps around content moderation, including an incident in which it suppressed videos from queer, disabled and overweight users. And because TikTok appears to be used by a large number of underage users, any acquirer would have to deal with preventing child exploitative behavior on the platform.