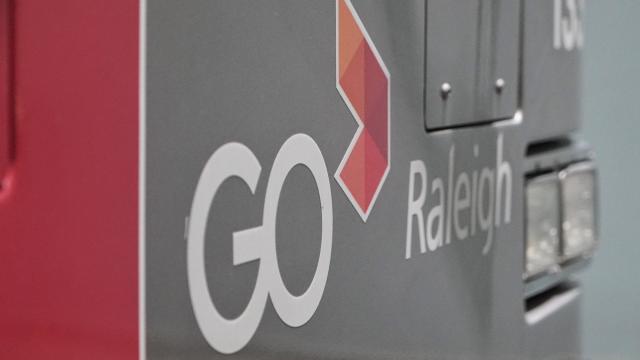 By Sharon Nunn and Brian Shrader

Raleigh, N.C. — Wake County voters will decide this fall if they want to raise local sales taxes by a half-cent to help pay for a $2.3 billion plan that expands public bus and train services.

That question will be the last item on the ballot for voters during early voting or on Election Day, Nov. 8.

Among the new transit options that are part of the Wake County Transit plan are a 37-mile commuter rail linking Raleigh and other parts of Wake County with Research Triangle Park and Durham. The plan also would expand bus routes to Wake County towns not currently served by public transportation and increase the frequency of existing bus routes.

"We have to find a way to stem traffic before it gets so unbearable that we're really behind the eight-ball," county Commissioner Matt Calabria said.

Proponents of the plan point to the Triangle's population growth in recent years, citing statistics that show Raleigh, Durham and the surrounding area are growing by 63 people a day, which is adding to traffic congestion.

"Right now, a lot of bus services don’t even run on Sundays or past 9 (p.m.)," said WakeUP Wake County executive director Karen Rindge. "With this plan, the amount of service would expand significantly to all Wake County towns."

The Wake County Board of Commissioners voted unanimously in June to put the tax increase on the ballot. Voters in Orange and Durham counties approved similar sales tax increases in 2011 and 2012, respectively, for their own transit projects.

Yet, organizations such as the conservative John Locke Foundation, Civitas Institute and the Wake County Taxpayers' Association oppose the tax increase and the transit plan, saying it could be underused, overpriced and outdated by the time it is completed.

"We feel this is an unnecessary step in transit," said Paul Fitts, treasurer of the taxpayers association. "Instead of having 30-foot buses in north Raleigh that run vacant, figure out a way to bring in smaller buses. Take out the bigger buses, shore up the system that you have, then expand it."

Calabria noted that adding more service will make public transit more attractive, so people will use it more frequently.

"We are not an urban metropolis like New York or Chicago," Civitas Institute spokesman Jim Tynen said. "We need a decentralized transportation system."

Tynen's argument is echoed in a statement from the John Locke Foundation, which says the rail map in the transit plan is flawed because all of the lines run in and out of Raleigh, potentially making travel more time-consuming if one had to travel through a central point to get to other, outer Wake County towns.

"So, what about people who live in Knightdale but work in Wake Forest?" the statement asks.

Rindge points to the plan’s promise to add transit to all cities in Wake County and its bipartisan backing.

"I can’t think of a public policy issue that has such broad support. We have businesses working with environmentalist groups with the Home Builders Association," Rindge said. "That's unprecedented."

Bonds on ballot in Durham, Orange

Other area counties have bond issues up for a vote.

In Orange County, voters will decide on whether to issue $120 million in bonds for school construction and another $5 million for affordable housing.