Raleigh, N.C. — The Wake County Sheriff Gerald Baker held a press conference Thursday to provide an update on Sgt. Ronald Waller, a 20-year-veteran of the sheriff's office, who was serving an eviction notice at the River Birch at Town Center apartments, off Old Wake Forest Road when he was shot twice in the hip.

Baker says Waller is in good spirits and slowly recovering, adding that it's fortunate Waller wasn't shot in a more critical area of his body.

“We are hurt, it’s disturbing," Baker said. "We're wanting to make sure that he’s OK his family‘s OK, but you know, you have to look at the rest of us who are still here or still committed and dedicated to get this job done.”

Baker says that because of this incident, his department is now looking into how eviction notices are executed. He says his department still has several evictions to serve this month.

“If he or she experiences what is going to be noncompliance or failure to cooperate with executing that order, we’re learning from what happened to Sergeant Waller, we will then back away, reassess," Baker said.  "If it becomes necessary to bring in or special response team, [we will].”

The sheriff’s office has set up a bank account to help, with assistance from the State Employees Credit Union of North Carolina and with the support of Waller's family.

"Concerned residents who want to help Sergeant R. J. Waller, who was shot in the line of duty at a Raleigh apartment complex June 2, can do so by visiting any of the 272 SECU branches statewide. All donations will be credited to the 'Ronald Waller Fund,'" Wake County sheriff's office said in a statement.

Donations can be mailed to:

"The Wake County sheriff’s office continues to be encouraged by Sgt. Waller’s determination to overcome from his injuries. His family would also like to extend their sincere gratitude to the public for their support and concern for Sgt. Waller."

A Wake County sheriff's deputy underwent surgery and was in stable condition on June 2 after being shot.

Radio traffic on Broadcastify, a platform that records law enforcement communication, described the shooter as having an AK-47.

Waller was rescued by Raleigh police officers, put into a patrol vehicle which was met by an ambulance and then taken to WakeMed.

"We are very appreciative of the care that he received on the scene. We’re appreciative for the opportunity to work beside our brothers and sisters," said Dr. Charles Harr, WakeMed chief medical officer.

Sheriff Gerald Baker praised the emergency response to Waller's shooting, getting choked up as he updated the media on Waller's condition.

"I can’t say enough about Raleigh Police Department, their assistance. That’s how it goes when these things happen. We all come together," Baker said.

By late afternoon, Waller was awake and alert when Baker visited with him at the hospital.

"Every assignment within this office is dangerous," Baker said. "A veteran officer went into a gunfight today just trying to serve a civil paper." 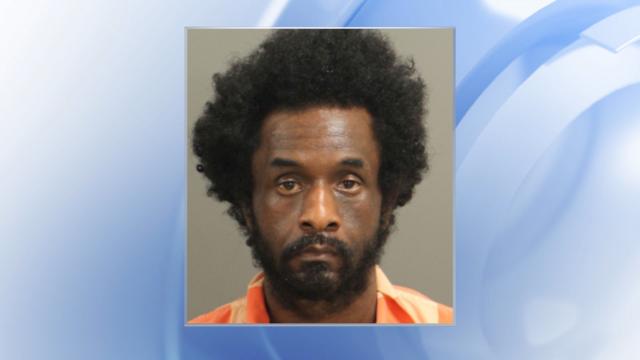 Craig's lease was up, and court records show a decision to remove him from the property was issued last month.

Baker said uniformed deputies clearly identified themselves when they knocked on Craig's door.

'No idea what lurks' in serving papers

There were reports of other gunshots in the neighborhood immediately after the deputy was shot, and law enforcement officers closed down access to the community and asked residents to stay indoors while they conducted an investigation.

"It scares me," said Swaheda Green, who lives nearby. "I worry about my female cousin. She's a police officer. I worry about her because anything can happen."

People returning from errands found their neighborhood was a crime scene. Most parked outside and were allowed to walk in. In a couple cases, it was more heated, as when a woman confronted officers, asking to get to her child.

Most were patient while the process played out, and many offered prayers for Waller.

Resident Zach Parson said, "I hope he is okay. Just a guy, everyday, doing his job. It could have been anybody.”

Raleigh police are leading the investigation due to the complex being in the city limits. Deputies often serve civil processes such as eviction notices.