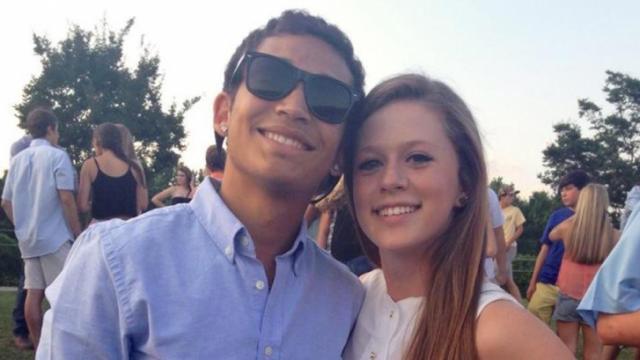 Wake County, N.C. — It has been a difficult week for Wake County public schools, where students and staff are mourning the untimely deaths of a number of classmates.

"It is tragic under any circumstances when family and friends lose a child. It is hard to comprehend the losses of the past week," Superintendent Jim Merrill wrote in a statement Monday afternoon.

Braden Rock, 15, was the latest to lose his life. He died in a car crash on the way to Heritage High School in Wake Forest. His sister, Faith Rock, 17, was driving. She and two other passengers, Skyla Kirby and Katie Williams. both 16, were taken to WakeMed in Raleigh. The student driver in the car they hit, Oscar Rodriguez-Villa, 17, who goes to Wake Forest High School, also suffered minor injuries.

According to the National Highway Traffic Safety Administration, motor vehicle crashes were the leading cause of death among those between the ages of 14 and 18. In many incidents, a teen driver's mistake also leads to the injury or death of teen passengers.

In that case, another student, Spencer Saunders, 16, of Morrisville, was driving Yost and her brother to school when he tried to make a left in front of a dump truck. Yost died, her brother was injured, and Saunders faces a charge of misdemeanor death by vehicle.

Graduated licensing places requirements and restrictions on newly licensed drivers under age 18 until they have enough experience to comfortably drive a vehicle.

There are four levels:

Limited learner's permit allows for supervised driving but restricts it from 5 a.m. to 9 p.m. for the first six months.

Limited provisional license allows unsupervised driving between 5 a.m. and 9 p.m. No more than one passenger under 21 is allowed and use of mobile devices is prohibited.

Full provisional license allows for unsupervised driving at any time but prohibits the use of mobile devices.

More information on graduated licensing is available from the North Carolina Department of Transportation.

Faith Rock, too, will have to deal with the emotional and physical fallout of her attempt to turn left in front of the car driven by Rodriguez-Villa.

And the grief and pain go beyond death. Students return to school with injuries and guilt. Classmates mourn, and parents worry.

"I think it is going to be tough for the parents to go through and all of their friends and everything," said Coby Bowen, a student at Heritage High, after learning of the crash that claimed Braden Rock's life.

Although he didn't know the teens in Monday's crash, Bowen said the entire student body was affected.

"Everybody was sad," he said.

"I heard a lot of crying outside of the classroom and it was quiet in mine," added classmate Jennifer Monuz.

Goodwin suggested that parents know their teens and limit driving, especially with peers in the car, until they are experienced enough to be safe.

"If you have multiple teens in a vehicle, teens are much more likely to be in a serious crash," he said. "It takes years of behind-the-wheel practice before you see the driving world in the same way an experienced driver does."

All the caution in the world can't keep tragedy at bay entirely, and that lesson is also being learned across Wake County this week. Monday's crash capped a week in which one teen died in a hit-and-run at the bus stop and another collapsed on the football field.