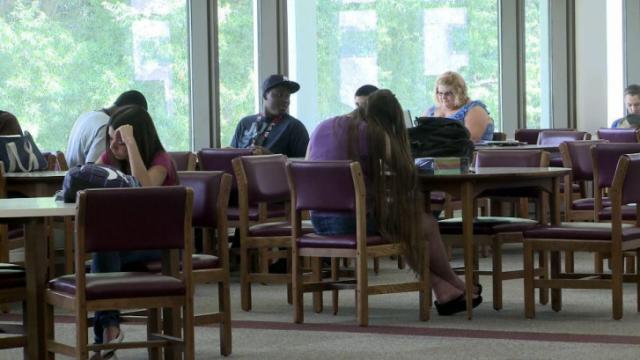 Cary, N.C. — A safety task force created by the Wake County Board of Education in February met for the first time Thursday and began looking at the school system's policies for emergency prevention, preparedness, response and recovery.

The group, which is headed by Sheriff Donnie Harrison and former Raleigh police Capt. Al White, has 90 days to look for areas to improve and deliver a plan to the school board.

"This is something that is important to all of us, particularly the citizens of this county that have a good cross-section of people here and a lot of things that are going to come out of it," Harrison said.

Many of the county's schools do not have officers assigned specifically to them, and not all have security cameras. There is also no standardized policy for access control to schools.

"We're in a catch up game right now," Harrison said when referring to the current state of security in the county's schools. "It's a nightmare for security, period. That's what you have to remember."

Money generated from an upcoming bond referendum could help pay for any changes the task force recommends.

"There are obviously going to be some huge costs," Wake County Board of Education Chairman Keith Sutton said. "It's going to be expensive to do."

School board member John Tedesco is serving as liaison between the board and the task force.

The school board sparked controversy when it debated placing unarmed security guards in each of the district's 105 elementary schools. The board voted to table that idea at a Jan. 22 meeting, but it wasn't clear when it would return to the agenda.

The task force could take up the issue and study whether unarmed guards would improve school safety.

The Wake County Board of Commissioners blasted the security guard idea, calling it a waste of money that accomplishes nothing.