Raleigh, N.C. — A man involved in recent protests over police tactics who recently presented a list of demands to Raleigh's police chief was charged Monday with inciting a riot in connection with the Friday night protest at the State Capitol in which parts of a Confederate monument were pulled down and later dragged through downtown streets.

Conrad Paul James, 27, also is charged with first-degree trespass, resisting an officer and injury to personal property, according to arrest warrants. Some of the charges were related to James' actions at the Capitol on Sunday night, authorities said.

"According to the arresting officer, last night, the suspect jumped the fence around the Three Presidents monument in Union Square and failed to go back to the other side of the fence after being told to do so several times,” State Capitol Police Chief Chip Hawley said in a statement. “The arresting officer reported that, after being placed under arrest, the suspect began to resist, kicking violently at the officer and the officer’s patrol vehicle, causing damage to it. Further investigation concluded the suspect was also a suspect in the events involving the monuments at the capitol Friday night.” 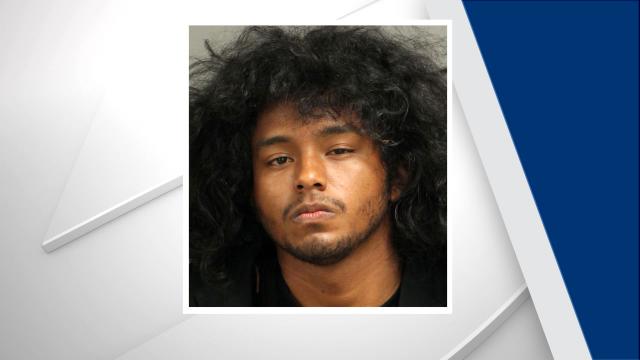 James was being held in the Wake County jail under $55,000 bond.

Three weeks ago, he tried to get inside Raleigh Police Department headquarters on Six Forks Road and later presented a list of demands to Police Chief Cassandra Deck-Brown. Days after that encounter, he was arrested and charged with failure to return a motor vehicle he had rented in April. He is due in court on that charge on Thursday.

After protesters pulled down two pieces of the obelisk at the corner of Salisbury and Hillsborough streets, Gov. Roy Cooper on Saturday ordered all other Confederate monuments outside the Capitol to be removed to protect public safety.