In April, Apple announced a new campus and engineering hub that will bring many high-paying jobs to the area. The site will be located off the Triangle Expressway between Louis Stephens Drive and Davis Drive.

In addition, Apple will invest $100 million to support schools and community initiatives in the Triangle and will put more than $110 million toward infrastructure in 80 North Carolina counties. In total, Apple said it will invest more than $1 billion in the state.

North Carolina Gov. Roy Cooper said he expects the move to generate more than $1.5 billion a year an economic impact for the state. Plans are to create roughly 3,000 jobs over a decade from about 2023 to 2032.

Bringing Apple to the Triangle did not happen overnight, said Wake Co. Commission Chairman Matt Calabria. He said local officials have been in talks with the tech giant for years.

“They want to know we are making smart investments in our workforce, that we can be nimble, that we have a great university system that is producing the kind of folks they want to hire,” he told WRAL News.

On Friday, leaders highlighted several companies and entities who will join in on investing in RTP, creating an expansion in addition to Apple's move. Q2 Solutions, Lilly and GRAIL and Duke University School of Medicine, among others, plan to invest millions and provide jobs to the region.

Scott Levitan with the Research Triangle Foundation led the address with colleague Ray Trapp and unveiled renderings of what commercial, retail and office space on the future nearby HUB RTP campus could look like. There are plans for more than 1 million square feet of office space.

"We're not known as a headquarters-type place for offices," Levitan said. "It's an initiative that we're all working on to change that perception because that really does round out our immensely diverse economy here in the Triangle."

"We've never had a period that experienced this kind of interest and we're just very proud of it," Levitan added.

HUB RTP is slated for the corner of Davis Drive and NC-54 and will start out at around 43 acres. It will eventually be expanded to what will be called the "Frontier Campus." 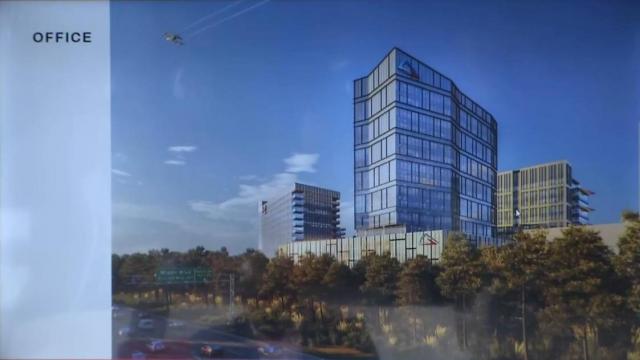 The retail space will have about 80,000 square feet total in the first phase. The retail area is expected to get under construction in the second quarter of 2022. 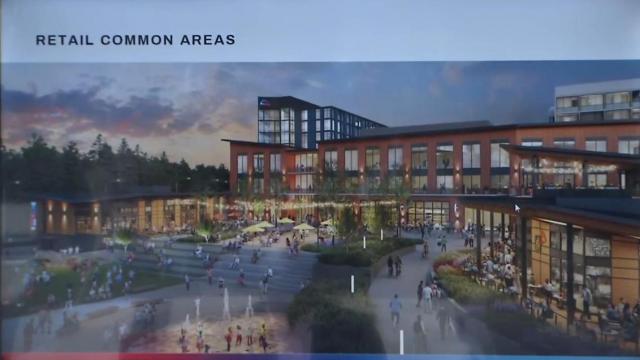 The eventual goal for residential space is to include condominiums and inclusionary housing. 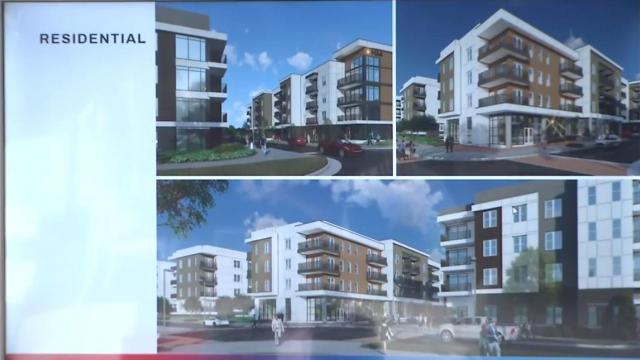 "People will be legally sleeping in beds in RTP in 2023 so we're excited about that," Levitan said.

Adrienne Cole is President of the Greater Raleigh Chamber of Commerce. She says they're in talks with 33 other companies considering moving or expanding in Wake County right now. They total up to 8,000 more potential jobs and about @2.3 billion in potential investment.

"Our life sciences sector continues to be very, very strong," Cole told WRAL News. "We are also seeing a lot of projects in IT and technology, as well as advanced manufacturing and shared services. We are seeing an uptick in headquarters interest.”

Calabria says this region is growing rapidly. The idea is to be smart about how we do it, he added, so we get an opportunity to take a look at other regions and see what we like and what we don’t like.”