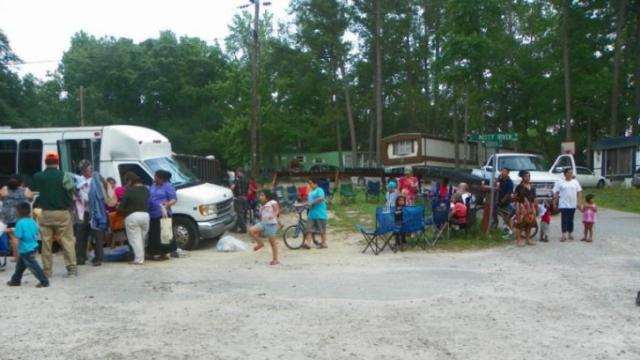 In a presentation to the Atlantic Citizens Advisory Council last month, executive director at Partnership to End Homelessness Shana Overdorf said the number of homeless people in Wake County has dropped from 1,170 in 2014 to 887 in 2015.

Despite this decline, Overdorf emphasized that there still remains a lot of work to be done.

Of the issue of homelessness in the United States, she said, “It came to a head in 2005, when the government required that all communities have a ten-year action plan to end homelessness. We adopted one here in 2005.

Of the 887 homeless – which does not include people staying with friends or living in a motel room they are paying for, 123 are veterans; 494 are men, 386 were women.

Overdorf noted that these figures only included those whom they were able to count, and who met the criteria of being homeless as set by the federal government. The numbers also come from a count done one night in January. The actual number of homeless in Wake County, she said, could be as high as four times the official number.

The number of women now homeless was a significant cause for concern, Overdorf said, as it had grown much faster than the overall rate of homelessness in the area.