Wake home-building permits up in 2012 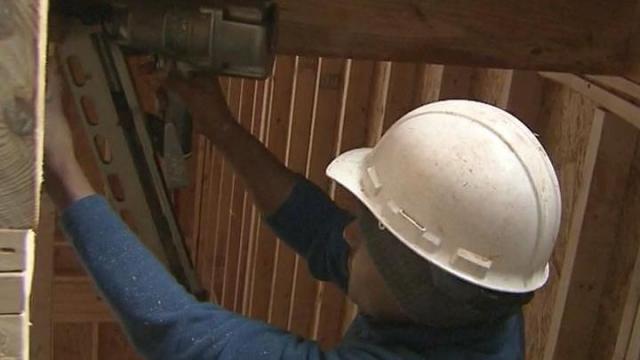 Raleigh, N.C. — The number of building permits issued in Wake County last year was up for the second year in a row, indicating a sign of growth in the local economy.

Tim Minton, of the Home Builders Association of Wake County, credits the growth, partially, to consumer optimism but says he's not sure permit numbers will ever again reach those of 2006 and 2007.

Partly, he says, that's due to how the process for obtaining permits and qualifying for loans have changed.

"With the challenges in the financial market, in terms of what it takes now to get a loan, I think it will be a big part of preventing that from happening," Minton said.

Wake County Director of Permits and Inspections Barry Mooneyham says the recent increase came about in the second half of 2012.

He says another factor for the increase is that the number of existing homes on the market is decreasing.

"Part of it is the fact that we've gotten rid of some inventory. Part of it is that we have a fairly low unemployment rate here in Wake County, so people still continue to come here," Mooneyham said.

Nationally, U.S. home construction in 2012 was the highest in four years – the best since the early stages of the housing crisis.