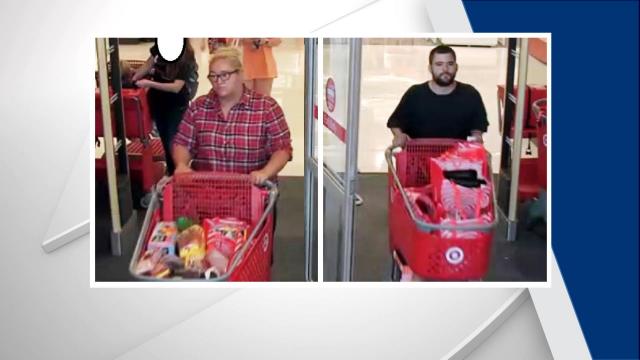 Wake Forest, N.C. — The Wake Forest Police Department is seeking the public's help as it works to identify two shoplifters.

New surveillance images show a man and a woman walking out of a Target store with full carts. According to officials, the individuals did not pay for the items.

The man and woman shown in the Target photos are also wanted for questioning in connection with thefts at several other Wake Forest grocery store, officials said.

Anyone who recognizes the individuals is asked to call the Wake Forest Police Department's confidential tip line at 919-435-9610.