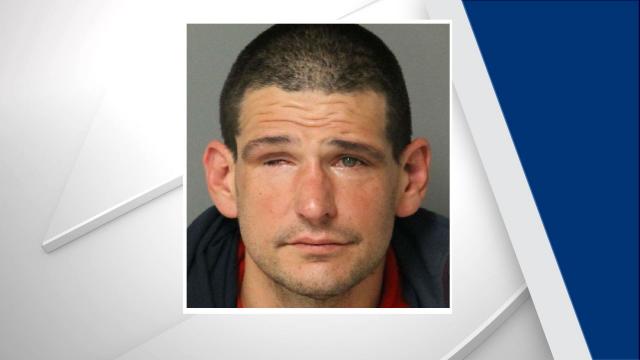 A resident reported witnessing suspicious activity and contacted Wake Forest police just before 11 a.m. Officials went to North Main Street and observed a man matching the description pulling on the driver's door handle along the 100 block of North Wingate Street.

Justin Verderber was arrested and charged with misdemeanor tampering with a motor vehicle. Upon further investigation, officers found Verderber to be in possession of items recently reported stolen. Police said they were then able to connect Verderber to recent vehicle break-ins along Rock Spring Road, East Cedar Avenue and North Wingate Street.

Verderber, 39, of Wake Forest, has also been charged with two counts of felony motor vehicle breaking and entering, three counts of misdemeanor larceny, one count of possession of stolen property and one count of tampering with a motor vehicle. He was sent to the Wake County Detention Center where he is being held under $12,500 secured bond.