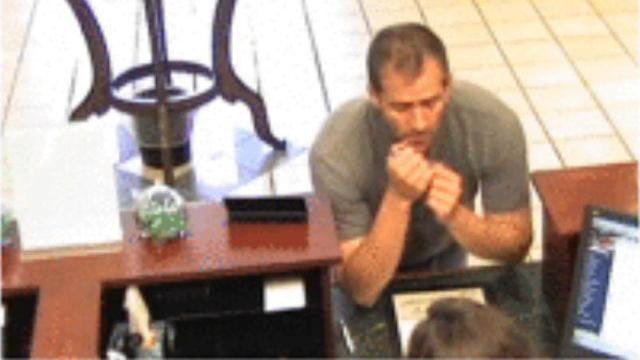 Wake Forest, N.C. — Multiple sources told a Memphis television station that Lanson Paul Stalf, wanted for the murder of his wife in Wake Forest Tuesday, is now in custody after he was found at a Quality Inn in Batesville, Miss.

Authorities said officers caught Stalf after workers from a different hotel notified police he checked in using his real name.

The Hernando (Miss.) Police Department identified Stalf as the man pictured in security images from a bank robbery Friday morning.

Satlf had been out of prison for less than a month when his wife, Stephanie Lynn Autry, was found dead Tuesday night insider her Wake Forest home. His sentence for a bank robbery ended on Oct. 15.

Authorities said Stalf will be charged with murder after he is extradited back to Raleigh.

Autry lived in the home at 4411 Iyar Way with her 3-year-old son, and police said they believe that Stalf is the father of the child. By Wednesday night, the toddler was staying with relatives, and police said he was not hurt.