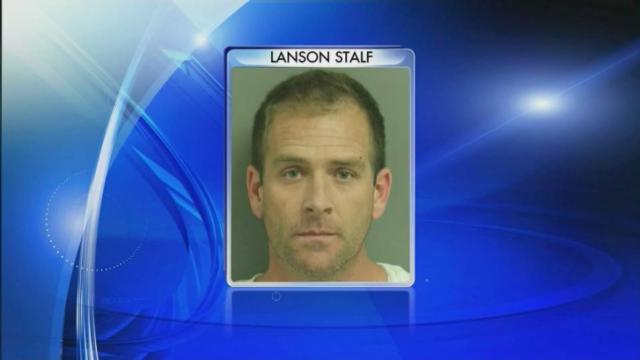 Wake Forest, N.C. — A Wake Forest man wanted for the murder of his wife is back in North Carolina, two weeks after he was captured by authorities in Mississippi.

Lanson Paul Stalf was in Raleigh's Central Prison on Saturday and is charged with first-degree murder in his wife's death, a Wake Forest Police Department spokesman said. Stalf was also charged with robbery with a dangerous weapon, felony breaking and entering, and a parole violation.

Stalf had been out of prison for less than a month when Stephanie Lynn Autry was found dead inside her Wake Forest home on Oct. 27.

Autry lived in the home at 4411 Iyar Way with her 3-year-old son, and police said they believe that Stalf is the father of the child.

According to a search warrant, Autry was found with a plastic bag over her head and a blanket covering her body. A hammer and a sweatshirt that appeared to have bloodstains on it were found near the bathroom.

Following Autry’s death, a nationwide search went on for Stalf, who had recently been released from prison after serving a sentence for a 2013 robbery at a PNC Bank in Wake Forest. Stalf was captured on Oct. 30 in Batesville, Miss., after he checked into a hotel using his real name.

Stalf is scheduled to make a first court appearance on Thursday.