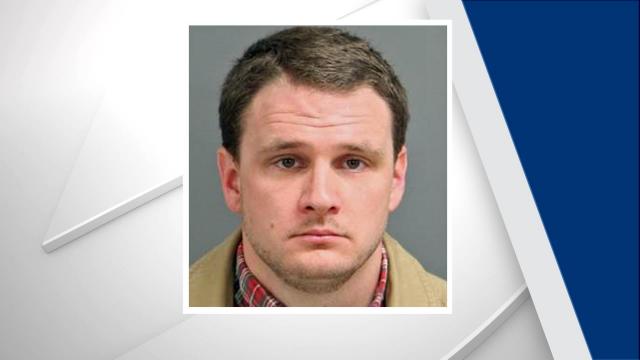 Wake Forest, N.C. — CORRECTION: An earlier version of this story located Summit Church in Wake Forest. While two of the alleged peeping incidents took place at Mitchel Rivers McCaskell's Wake Forest home, the church has multiple locations in the Triangle, none of them in Wake Forest.

A Wake Forest man has been charged after he admitted to filming women while they used the bathroom.

According to a search warrant, a woman was spending the night in the guest bedroom of Mitchel Rivers McCaskell’s home when she got up to use the bathroom and noticed a bag sitting on the counter with what appeared to be a camera lens inside.

The woman picked up the bag and found a phone containing footage that showed McCaskell setting up and hiding the camera as well as video of her using the toilet, the warrant states.

The incident was reported to Summit Church, where McCaskell and the woman both worked, and church officials conducted an internal investigation, during which time McCaskell admitted to a pastor that he recorded three women while they used the toilet or showered.

Two women were filmed in the bathroom of McCaskell’s Wake Forest home while the third was filmed during an international mission trip, the warrant states.

A spokesperson for Summit Church said McCaskell was terminated for "moral failure" on Sept. 18 as a result of the allegations.

"We are deeply grieved for the personal pain and suffering of these three women and the resulting heartbreak and harm from his actions. We are committed to providing professional counseling, care and support to the victims as well as Mr. McCaskell's wife," the church said in a statement.

He is scheduled to appear in court Nov. 12.