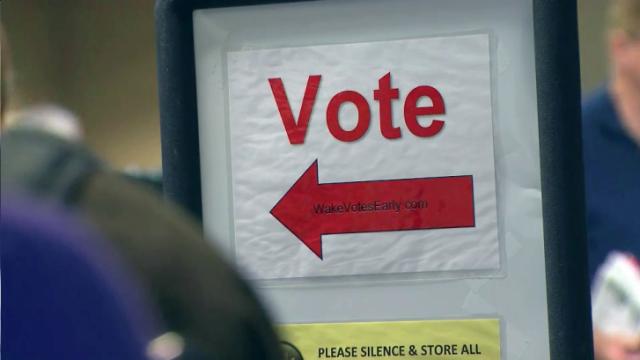 A CBC Editorial: Wednesday, Aug. 10, 2016; Editorial# 8040
​The following is the opinion of Capitol Broadcasting Company

Last week, after the 4th Circuit Court of Appeals restored seven days of early voting the legislature had improperly cut, the director of the State Board of Elections sent a note to each county elections board. Kim Strach reminding them that early voting is important and warned that more legal action could come if counties adopted plans that appeared to be “intentional action taken to suppress voting this November.”

The Wake County Board of Elections must have either not received the note or ignored it. Its ridiculous decision Monday to have a single downtown polling place for the restored seven days of early voting was belligerent and disingenuous.

The Republican majority on the Wake Elections Board, rather than embracing an effort to give registered voters more opportunities to vote and fewer excuses to avoid it, decided to do the minimum possible to appear in compliance with the court’s order.

The Wake board’s action is wrong. Limiting the number of early-voting sites to a single spot has NOTHING to do with voter ID or voter fraud.

It has EVERYTHING to do with limiting those who may not toe a particular political party or ideological line – particularly African Americans and young people – access to the ballot.

Providing a single early voting location in downtown Raleigh for all of Wake County – with practically no available parking and difficult access for the disabled – is an insult to the court, but more significantly an insult to voters.

Boards of elections should do everything possible to make it EASIER for people to cast legal ballots and provide as many opportunities to do that as possible. It is no empty slogan or cliché to say that citizens have no greater right, nor obligation, than to vote. Our government officials should be in the business of doing all they can to provide access to voting, rather than finding excuses to erect impediments.

It can only be hoped that this insultingly token gesture to comply with the courts, which must be approved by the State Board of Elections, is seen for the defiance it is: bypassing the court and restricting certain people’s access to the polls.

Mark Ezzell, the lone Democrat on the Wake board, can submit an alternative proposal for the state board to consider. We urge him to offer one that reflects, at a minimum, the polling place plan and schedule used in 2012.

Four years ago, for the first week of early voting, there were five locations available to Wake County voters – the downtown Board of Elections office along with the Cary Senior Center, the Chavis Community Center, N.C. State’s Talley Student Center and the Optimist Community Center, all taxpayer-supported facilities. The four other sites provided ample parking and handicapped access. There is no reason these sites can’t be used again, or other near-by public sites, used as alternatives.

State Board Director Strach’s memo to local election boards urged them to make sure there are ample opportunities for early voting. “Statewide, historical data indicates that roughly 56 percent of all voters this election will use … early voting, which will reduce lengthy lines on Election Day,” she said.

The plan adopted by the Wake County board fails to follow Strach’s good advice. The State Board of Elections should reject the latest Wake County plan and, in its place, impose one that provides for at least five early-voting locations during the restored seven-day period – just as was available in 2012.

Gov. Pat McCrory, who appoints the members of the State Board of Elections, needs to step forward, too, and make it clear that he wants local boards of election to comply, in both spirit and action, with the Court of Appeals directive to extend early voting. Further, he should urge them expand early voting opportunities so all eligible North Carolina citizens have opportunities to register and vote.