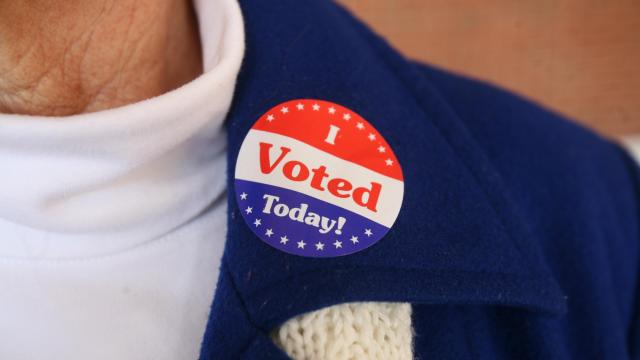 Raleigh, N.C. — The Wake County Board of Elections approved an early voting plan Tuesday evening for the March 2016 primary, overriding the votes of the board's Republican chairman.

Board Chairman Brian Ratledge, a Republican, proposed a plan that would add more hours of Saturday voting but eliminate Sunday voting, even though it would break with precedents set in 2008 and 2012.

"It's not something I've been in support of in the past. Not everybody will agree with me, but I'm OK with that. I think a break is OK," Ratledge said. "I think there's plenty of availability for folks to cast a ballot.

"If we're locked into what we've always done in the past, there's no need for us to have a meeting," he added.

Several members of the public who spoke at the meeting agreed with Ratledge's viewpoint, including Mike Hinton, who said he is "adamantly opposed" to Sunday voting because, "It seems that our government has taken the path of removing responsibility from the citizen and providing convenience."

Early voting in general, said voter Bill Bryson, "is a waste of money. It's a waste of taxpayer dollars."

He said he finds Sunday voting especially objectionable, saying, "Our people need to rest on Sunday."

But many more spoke in favor of Sunday voting, noting that many working families have multiple jobs or other obligations that take up their Saturdays.

Dana Jennings, a poll worker, said she favors more hours of early voting, including Sundays, especially with the transportation bond on the ballot.

"We're always instructed to err on the side of including as many voters as possible in this process," Jennings told the board, "I hope you'll be guided by that principle at the county level."

"You may find it strange that a pastor would be in favor of Sunday voting," Rochelle told the board, "but we make a big deal out of it."

Voter Emma Adelman explained that Saturday is the Jewish Sabbath, so she can't vote early on that day.

While Ratledge remained opposed, the comments swayed Republican board member Ellis Boyle, who sided with Democrat Mark Ezzell to restore the Sunday hours to the plan.

"If folks want to vote on Sunday, want to have a vote on Sunday, I don't think that's a problem. I think that would accommodate the desires we heard," Boyle argued. "I feel like it would be very much in keeping with our duties and obligations."

Boyle also sided with Ezzell to return Chavis Community Center to the list of early voting sites after Ratledge proposed removing Chavis and adding a new site in north Raleigh instead.

Ezzell questioned the removal of Chavis, noting that the southeastern Raleigh site has bipartisan support and that it had the county's third-highest turnout in the 2012 primary.

"I'm concerned about the optics of not allowing African-American voters who have worked so hard to vote the opportunity to do that," Ezzell said, calling the location "a no-brainer."

Ratledge said he wanted to take Chavis off the list because it was too close to the county elections office downtown. If voters in southeast Raleigh didn't want to pay to park to vote downtown, he added, they could take public transit.

"A couple of years ago, when you mentioned this option, I opted to ride the bus to see how easy that was. It took me three hours," Ezzell pushed back. "It is not reasonable to expect that the people who have traditionally voted at Chavis are going to be able to get down to the Board of Elections."

Boyle remarked that, when he had worked downtown, he voted early at Chavis and found it to be accessible, busy and well-managed. He voted in favor of Ezzell's move to restore it to the list.

Under state law, if a county elections board does not unanimously support an early voting plan, the member who opposed the plan can appeal it to the State Board of Elections for review.

Asked after the meeting, Ratledge said he doesn't intend to appeal the plan.