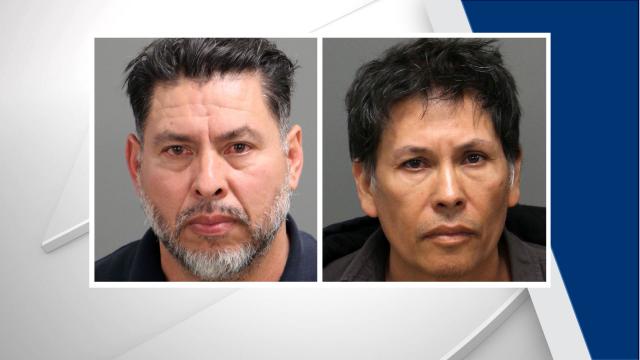 Octavio Lopez Martinez, 53, of 1811 Evergreen Ave. in Raleigh, and Edis Leonidas Herrera-Mejia, 52, of Central Islip, N.Y., were each charged Sunday with conspiracy to traffic in cocaine, conspiracy to sell cocaine and conspiracy to deliver cocaine.

Both men were being held in the Wake County jail under $5 million bonds.