In the summer of 2017, Jenaye Davenport was preparing for her fast-approaching wedding and her father, Antonio Reyes, was helping her plan even while he was on vacation in the Dominican Republic.

"You know, I spoke to him while he was there, and I was actually the last text message that he wrote," Davenport said.

Reyes never made it home from his stay at the Bahia Principe resort in Punta Cana. He died on Aug. 15, 2017, exactly two months before the wedding.

"It was just strange because he was in perfect health. The only thing he had preexisting was diabetes," Davenport said.

According to the autopsy and death certificate provided to WRAL by Davenport, Reyes died of a heart attack, pulmonary edema and respiratory insufficiencies. It shares common threads in the stories of 10 Americans who have died so far this year while vacationing in the Dominican Republic.

As news reports of the more recent deaths started to pile up, Davenport began to re-visit her dad's death.

"When I was reading them, I just really had to take a moment because it sounded exactly like what happened to my father," Davenport said. 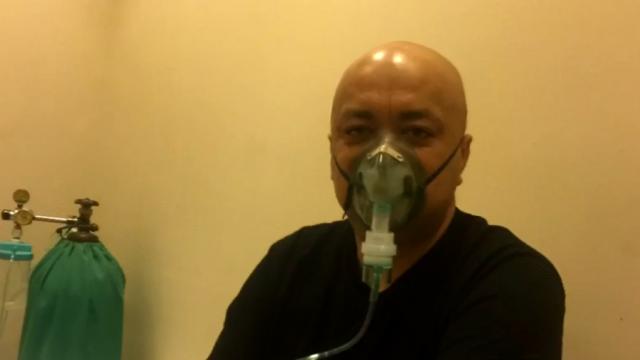 A few days before Reyes passed away, he sought medical attention because he wasn't feeling well. Doctors prescribed him a combination of drugs including an antibiotic to reduce phlegm buildup which is used to help with respiratory diseases and a steroid with an antihistamine, Davenport said.

Pictures on his phone showed him in good spirits at the time. This all fueled Davenport's suspicion, and she rushed to the Dominican Republic when she learned the news.

After deaths, more tourists to Dominican Republic say they were stricken with illness

Davenport said she knows her father would likely have had a drink or two while on vacation and in the days leading to his death.

"I guarantee that he did," she said.

And that has her wondering if the alcohol, which has caused speculation in a handful of other recent deaths, could be to blame.

Earlier this week, the Hard Rock Hotel and Casino in Punta Cana said it was removing liquor dispensers from guest room minibars. The resort said the decision was made independently and not as a result of two deaths that occurred at its property, according to CNN.

Davenport thought she had a copy of her father's toxicology report but didn't realize until last week that it was not part of the documents provided to her when she was in the country. She reached back out to see if she could obtain a copy and was told she would have to travel to the Dominican Republic to pick it up.

At a news conference on Friday, Dominican Republic tourism minister Francisco Javier García addressed the string of deaths saying, "We have determined the cause of death of all the deaths that have happened here. There are no mysterious deaths here in the Dominican Republic."

Asked about Antonio Reyes' death, Alba Mingo, head of Trade Marketing at Bahia Principe Hotels & Resorts, said that the resort hosts an estimated 700,000 guest per year in 14 hotels across the Dominican Republic and adheres to industry standards.

"To achieve a Travelife Gold certification, hospitality brands must meet a stringent list of 163 environmental and social criteria, among which include environmental standards for energy, water, waste and hazardous substances," he said.

He continued, "We reiterate our firm commitment to collaborating completely with the authorities and hope for a prompt resolution of their inquiries and actions and will not be making any further statements that may interfere with them."

"Having all of this come back up again is heartbreaking," Davenport said.

She said she is telling her story in hopes it inspires more people to speak up and ask questions about what is causing American tourists to get sick or die in the Dominican Republic.

"I always think that there are strength in numbers, and there are a lot of people who have passed away, and I hope that someone is paying attention," she said.