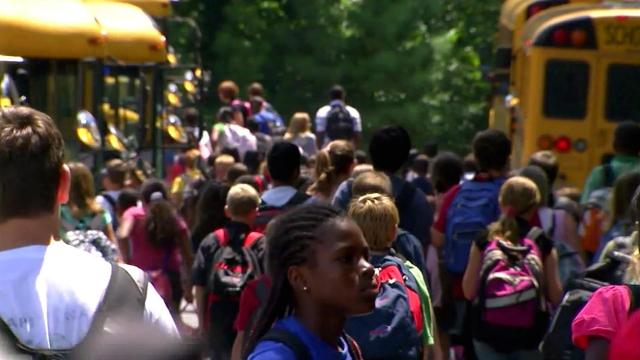 A second draft of the Wake County Public Schools student enrollment plan was reviewed by the Board of Education Tuesday evening.

The draft looks at building capacity and student attendance at five new schools that will open in the 2016-2017 school year.

The district expects another 40,000 students to enroll over the next ten years and the enrollment plan aims to get ahead of that increase.

The plan has already received feedback from parents and district officials have made several changes to the original plan that was announced in August.

Among the more significant changes, Wake County School staff is no longer proposing to move students from the Heritage High School attendance area to the Rolesville High School attendance area. In addition, staff is no longer proposing to move a portion of the Conn Elementary students to Underwood Elementary because of overcrowding at the latter. Staff members are also recommending that students from Pleasant Union Elementary feed to Pine Hollow Middle school for a calendar match.

Other changes included adjustments to calendar options and ensuring that neighborhoods aren’t split by assigning students from the same area to more than one school.

The board will hold three public information sessions to gather more input from parents on the following days at 7 p.m.:

A third draft of the enrollment proposal will be presented to the Board of Education on Oct. 20, and a public hearing on the proposal will be held Nov. 3. School officials expect to vote on approval of the plan on Dec. 1.