Wake County school bus crashes into ditch; no students on board 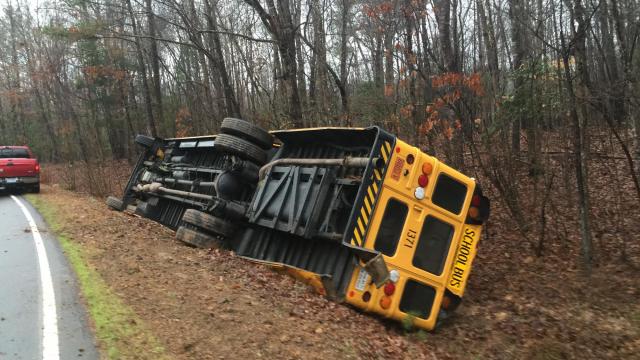 Raleigh, N.C. — No students were on board a Wake County school bus Tuesday morning when it crashed into a ditch on Pleasant Union Church Road in Raleigh, North Carolina State Highway Patrol officials said.

According to investigating troopers, Carolyn Brodie, 58, of Louisburg, was driving the bus west on Pleasant Union Church Road near Six Forks Road when she lost control in a curve and crashed into a ditch. The bus rolled on it side following the wreck.

Brodie was not injured, and she was charged with failing to maintain lane control.

School officials said Brodie has been placed on non-driving duties, pending the outcome of an investigation.