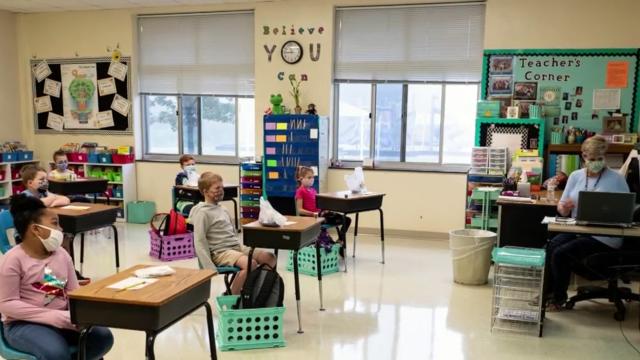 That means 1,219 fewer families applied to send their children to the district’s magnet schools.

The district is still reviewing applications, so it’s unclear what the drop in applicants means for school assignments. The data presented to the Wake County Board of Education on Monday did not break down applications by school.

Wake County officials anticipate filling most magnet school seats. Despite the drop in applications, many magnet school principals think they made better connections with families than usual through small group or individual virtual meetings, Kimberly Lane, district magnet schools program coordinator, told the county Board of Education on Monday.

Lane said district leaders are looking into developing a survey for those who attend fairs, as well as a community-wide survey.

Board Vice Chair Lindsay Mahaffey, who asked the district if a survey was possible, said anecdotally, transportation and childcare options appear to be issues for some families.

Board Member Roxie Cash asked whether magnet schools were being used more to diversify schools and less to provide program enhancement. She cited the dozens of magnet programs and asked how different they were from what traditional schools offer.

A review of that aligns with the district’s next steps to evaluate magnet schools, Superintendent Cathy Q. Moore said.

It’s not clear why applications have dropped for magnet schools, which offer extra specialized programming and are designed to improve integration among schools and more evenly distribute the district’s large student population across school buildings. They were originally designed to draw county students into city schools as they desegregated and the two separate school districts merged.

While the board didn’t discuss charter schools at the Monday meeting, enrollment in them has been rising and eating into the public district’s share of the county’s schoolchildren. An inquiry to the district as to whether magnet school applications have declined other times in recent years went unanswered Monday.

Wake County lists 54 magnet schools on its website, with wide ranges of specializations. The district has 192 schools in total, so magnets comprise more than a quarter of them.

Board Member Jim Martin urged the district to ensure magnet schools recruit and cater to more than just higher-income students.

The district is still considering diversity among students during the admissions process, Tamani Powell, director of magnet school marketing, told the board.

The way the district runs its magnet schools should be a fluid approach and attractive to the district’s diverse student population, Lane said.

In January, before the application period closed, Lane told the county Board of Education she wondered if the drop in applications reflected the district’s current-year enrollment, which is lower than it has been. At that same meeting, Wade Martin, assistant superintendent for school choice, planning and assignment, said he was surprised to see a decline in applications for early college magnet schools.