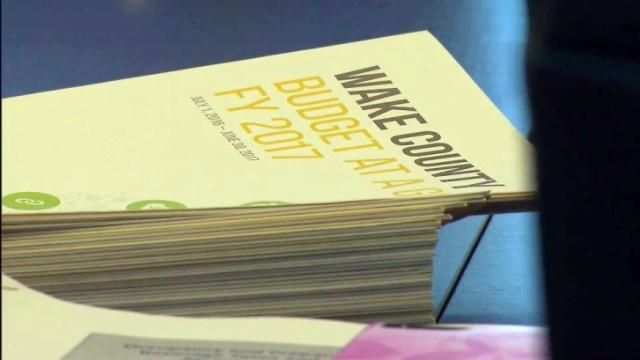 Raleigh, N.C. — The Wake County Board of Commissioners voted unanimously Monday to approve a $1.2 billion budget for the fiscal year that starts July 1.

Commissioner Betty Lou Ward tried to add $5 million to the budget to help the Wake County Public School System to deal with growth, but her motion failed 2-5.

The budget includes $409.9 million for the school district, but school officials have complained that it funds only $23.9 million of the $35.7 million requested increase in funding.

The shortfall leaves the school board scrambling with how to cut at least $11.8 million from the district's 2016-17 budget before the new fiscal year starts next week. School board members have noted that any changes in state funding could produce an ever larger budget gap.

Board of Education Chairman Tom Benton said he was disappointed by the commissioners' decision but understands they have competing priorities to fund. The school board will have to review its options on what new initiatives need to be put on hold and what existing programs need to be scaled back to balance the school district's budget, he said.

Commissioners praised the spending plan put together by County Manager Jim Hartmann, saying it meets a number of priorities in human services and public safety.

"This is a forward-thinking budget," Commissioner Sig Hutchinson said.

Commissioner John Burns noted that the county's support of area schools has increased by 20 percent in two years, and county leaders need to try to balance the county's needs with the tax rate.

"We have a responsibility not only to deal with the 2016-17 budget but also must plan ahead and be cognizant of what people are able to pay for in the future," Burns said.