Voyager 2 has resumed operations after shutting off its instruments to save power, NASA says 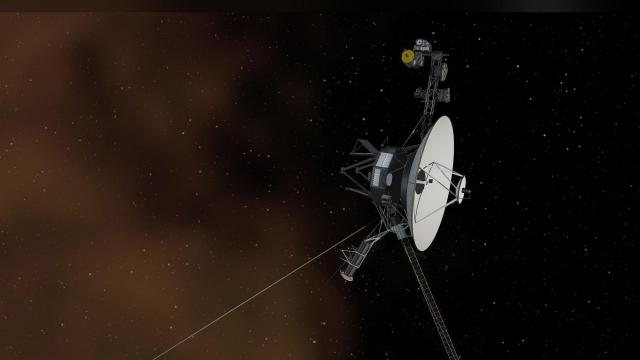 CNN — Voyager 2 was only expected to last for five years, but it's still operating 42 years after launch.

Yet Saturday, January 25, the probe did experience a bit of a hiccup 11 billion miles from Earth, according to NASA. The spacecraft was expected to make a scheduled maneuver and rotate 360 degrees to help calibrate its magnetometer, or magnetic field instrument. This is one of five instruments still operating on the probe.

But data from Voyager 2 showed a delay in this maneuver, which also left two systems running on high power at the same time. In order to keep both Voyager 1, which also launched in 1977, and Voyager 2 going all this time, engineers have worked in the past to help maintain proper power usage by turning off systems.

Voyager 2's instrument snafu caused the probe to overdraw on its available power. That triggered the spacecraft's fault protection software routine, which responds if it senses that Voyager 2 is consuming too much energy.

As a result, the five scientific instruments on Voyager 2 were shut off. On Tuesday, engineers were able to shut down one of the systems using a large amount of power and turn the science instruments back on, according to NASA.

As of February 5, Voyager 2 remains stable, has resumed taking science data and its continuing to be evaluated, the agency said.

One overall struggle for both Voyager spacecraft is maintaining power, which is needed for the science instruments as well as the heaters that keep them from freezing in deep space. Both probes are now more than 13 billion miles from the sun, which makes the heaters crucial for maintaining functions. If fuel can't power the thrusters that make sure both probes orient their antennae toward Earth, engineers wouldn't be able to receive data or communicate with the probes.

Over time, power system efficiency has decreased, and the generators produce 40% less than they did at the time of launch.

The thrusters on both spacecraft are also degrading. They send out small puffs that keep the spacecraft oriented -- meaning their antennae are still directed at Earth -- but their use is limited. In 2019, Voyager 2 fired up another set of thrusters last used during its flyby of Neptune in 1989. Engineers did the same thing with thrusters on Voyager 1 in 2017.

Voyager 2 is the main priority for receiving new plans because it's collecting more data with an instrument that isn't working on Voyager 1. It's also using more power, so engineers turned off a heater for the Cosmic Ray Subsystem. That instrument dropped to minus 74 degrees Fahrenheit, but it's still sending back data. This is remarkable considering that the instrument was initially tested at only minus 49 degrees Fahrenheit.

Just because the probes have left the heliosphere, a bubble of magnetic fields and particles created by the sun, doesn't mean they have left our solar system. That boundary is the outermost edge of the Oort Cloud, a group of small objects influenced by the gravity of our sun.

The mission scientists believe that it would take Voyager 2,300 years to reach the inner edge of the cloud and 30,000 years to fly past it completely. They will be able to take unprecedented observations in this part of interstellar space and send them back to mission scientists.

The scientists can still communicate with Voyager 2, even in interstellar space, but the data takes about 16.5 hours to travel back to Earth.