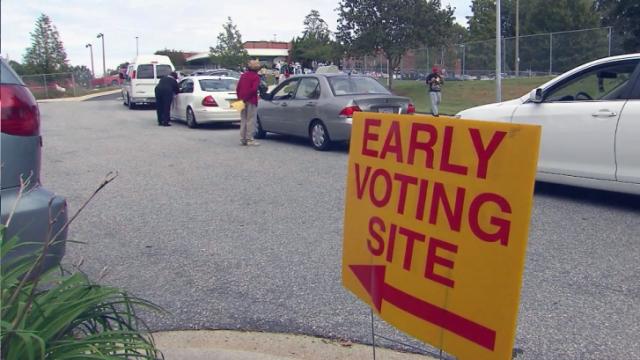 Raleigh, N.C. — As they prepare to head overseas next month, Ronnie Sue Pfeiffer and her husband, Cap, wanted to make sure to cast their ballots in Conway's hotly contested mayoral election. They were surprised and outraged when they were told that wasn't an option.

Conway, like eight other communities in Northampton County and a handful of other small towns across the state, has chosen not to offer voters the option to cast ballots by mail or early in person. For most of those towns, it is a cost-saving measure.

"We travel right much, and we usually do absentee ballots," Ronnie Sue Pfeiffer said Thursday. "We have done it many times, and it was a shock to us to find out it was done away with."

Both she and her husband are 65 and say this election will be the first one of consequence in some time that they will miss casting ballots.

Federal and statewide elections are governed by a detailed list of laws and rules that set how absentee voting takes place both in person and through the mail. Those regulations ensure that voters who are traveling like the Pfeiffers, military voters and students away from home can participate in elections.

But local town governments, many of which pay for their municipal elections, have the option of setting their own early voting rules. According to a list posted by the State Board of Elections, towns such as Vanceboro in Craven County, Fontana Dam in Graham County and Minnesott Beach in Pamlico County have opted not to pay for early voting.

"This is not the first year that Conway has opted out," said Susie Squire, the elections supervisor in Northampton County.

In a typical year, Squire said, town elections would be mainly uncontested, so there is little demand for absentee ballots. Making the change saved the roughly 800-resident town between $1,200 and $1,500, she said.

But some in the community, including the Pfeiffers, said that decision was a bad one because this year's election is closely contested and could be decided by a handful of votes.

Cap Pfeiffer, who served on the local board of elections during the Gov. Jim Martin administration in the 1980s, said he was surprised by the move and said he couldn't imagine voters would tolerate a similar change to a statewide election.

"A local election is far more important to me," said Ronnie Sue Pfeiffer.

Conway's resolution opting out of early and absentee voting was adopted on May 5.

"They did it legal, but being legal doesn't always mean being right," Cap Pfeiffer said.