Voters head to polls Tuesday for 2nd round of municipal elections 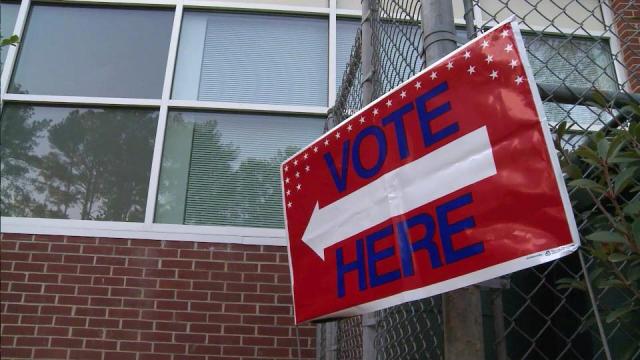 Residents of cities and towns across the region that didn't elect local officials three weeks ago will head to the polls Tuesday.

Durham and Fayetteville, which held October primaries, will also hold elections for mayor and City Council positions. In Durham, Mayor Bill Bell is seeking his eighth two-year term. In Fayetteville, Mayor Nat Robertson and former City Councilwoman Val Applewhite will have a reprise of their 2013 battle, which ended with less than 300 votes separating them.

Bonds on ballots in Chapel Hill, Apex and Fuquay-Vaina

Officials in Chapel Hill, Apex and Fuquay-Varina are asking voters Tuesday for the go-ahead to pay for infrastructure projects to keep up with population growth.

In Fuquay-Varina, voters will decide on $26 million in transportation, water and sewer bonds. The bulk of that would go toward relieving traffic congestion, including improvements at busy intersections along Main Street.

In nearby Apex, voters will say yes or no to a $15 million bond referendum for streets and sidewalks. Two-thirds of that amount would go toward completing the Apex Peakway, which would act as a bypass to N.C. Highway 55.