Raleigh, N.C. — A recent Associated Press report took note that many Republican candidates in North Carolina were taking credit for passing voter identification legislation. Why would Republicans make supporting voter ID a campaign theme, given this this legislation has been a lightning rod for criticism and is currently being challenged in the courts?

The short answer appears to be that, despite the lawsuits, voter ID polls well. 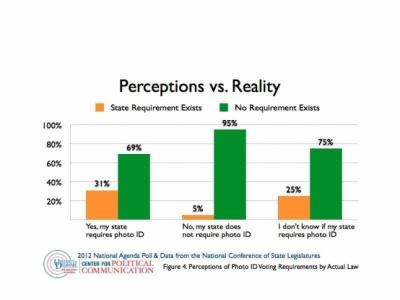 Support for voter ID laws is even higher among Republicans. In the Elon University Poll, for example, GOP voters were nearly unanimous in their support, with just 6 percent not supporting voter ID.

Opinions in North Carolina are not unique. According to nationally representative polls, most Americans support voter ID. In 2012, The New York Times reported that 78 percent of Americans supported requiring voter ID, while the Washington Post found 74 percent supported it.

Nevertheless, I’d caution against taking these results literally. Despite the apparent unanimity across polls, support for voter ID depends on question wording. As with many issues, public opinion can fluctuate, sometimes wildly, when respondents are unfamiliar about it. Less than 25 percent of Americans think they are very familiar with voter ID laws, according to one study. In addition, just 31 percent of respondents who thought they were already required to show ID to vote were actually residents in a state requiring ID. 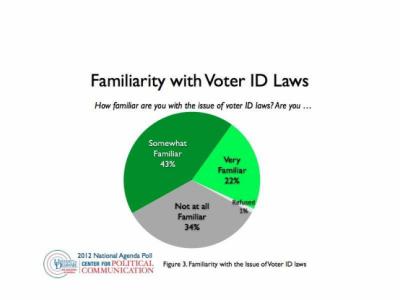 Thus, the information respondents hear in the question wording can make a big difference for what people have to say. For example, my students and I once conducted a survey at North Carolina State University where some respondents were also told that identity had always been required to register to vote in North Carolina, although the use of a greater variety of ID was permissible. Providing that simple fact reduced support for requiring voter ID each time one voted in person from 80 percent to 65 percent.

A second reason to be cautious is that other questions indicate support for ID is soft and negotiable. For example, a poll commissioned by Democracy North Carolina and the League of Women Voters found that around 70 percent of registered voters in North Carolina said they thought it was acceptable for voters who forgot their ID to simply sign a sworn affidavit attesting to their identity or to show ID that will not be acceptable in 2016, such as their Social Security card.

Finally, Republicans risk having their message about ID backfire if other parts of the legislation enter the conversation. As PPP found, ending same-day voter registration, reducing early voting days and eliminating the pre-registration of 16-and-17-year-olds are unpopular among all voters, even though Republicans and self-identified conservatives favored the measure in that survey.