Vote in 2 Days, Alabama Senator Says Party Can ‘Do Better’ Than Moore 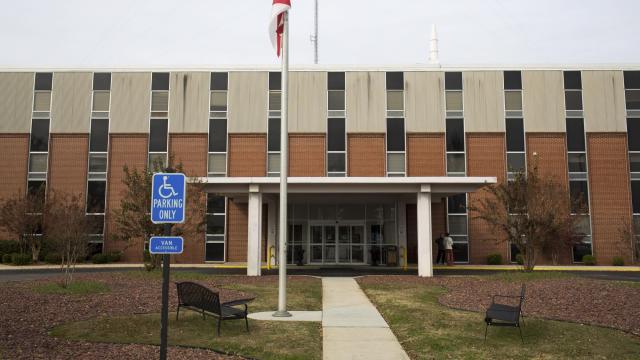 By NICHOLAS FANDOS and EMILY COCHRANE

WASHINGTON — Sen. Richard C. Shelby, a fixture of Republican politics in Alabama for a generation, sent a clear message to his home state on Sunday when he said on national television that the party could “do better” than elect Roy S. Moore to the state’s other Senate seat in two days.

Shelby, appearing on CNN’s “State of the Union,” stopped short of endorsing Moore’s Democratic opponent in the special election, Doug Jones, noting that he had written in the name of a “distinguished Republican” on his absentee ballot.

But his decision to air his opposition to Moore on national television so close to the election added an exclamation point to an extraordinary break from the norms of modern party politics. Shelby pointedly declined to recommend that his fellow Republicans back their nominee in the tight race — a man Shelby would have to work with in the Senate if he is elected.

“I understand where the president is coming from. I understand we would like to retain that seat,” Shelby said, referring to President Donald Trump’s endorsement of Moore despite accusations of sexual misconduct involving teenagers.

“But I tell you what, there’s a time, we call it a tipping point,” Shelby continued. “I think, so many accusations, so many cuts, so many drip, drip, drip. When it got to the 14-year-old’s story, that was enough for me.”

The senator has long opposed Moore, saying a month ago that he would “absolutely not” vote for the embattled candidate. As for whether many other Republicans will follow Shelby and back a write-in candidate, he said that “I think a lot of people could do that,” but added: “Will they do that? I don’t know.”

Over the past month, Moore has been repeatedly accused of harassing and assaulting teenage girls when he was a state attorney in his 30s. One of the women told The Washington Post that Moore had touched her sexually when she was 14. He has denied any wrongdoing.

The comments by Shelby, a key party figure at age 83, underscore the degree to which voters in Alabama — both for and against Moore — are viewing Tuesday’s election as a referendum on the character of the Republican Party, which dominates there, and the state itself.

Moore has faced scrutiny not just for the allegations of sexual misconduct, but also for a string of incendiary remarks, including comments that America was last great when families remained intact during the slavery era, and previous claims that Muslims should not be allowed to hold office.

Rep. Terri A. Sewell, the only Democrat representing Alabama in Congress, said on Sunday that the direction Moore represented was clear. If elected, she said, he would “harken us back to the days of segregation.”

Speaking on ABC’s “This Week,” she said she felt there was no reason not to believe the women who had come forward to accuse Moore of misconduct.

“When Roy Moore — if he should win — goes to Washington, we will always be questioning his character,” Sewell said.

The congresswoman was scheduled to campaign for Jones along with Sen. Cory Booker, D-N.J., in Birmingham, Alabama later Sunday.