Raleigh, N.C. — A volunteer and drum major for the Helping Hand Mission was shot and killed while on a break from a volunteer shift there on Saturday night, according to a mission board member.

Charlie Cook Debnam walked across the street to buy Gatorade around 7:30 p.m. when two cars began shooting at one another, killing Debnam in the crossfire, according to board member Heather Richardson.

Other volunteers heard the noise and thought it was fireworks.

Debnam, 31, was the drum major for Helping Hand Mission's popular marching band, well-known for their cheerful and energetic performances in the Raleigh Christmas Parade. 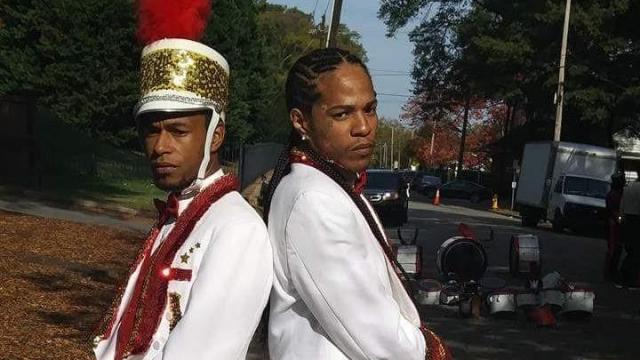 Michelle Debnam, Charlie Debnam's aunt, said that she wanted everyone to know he was a good man.

"It has to stop," she said. "Lately every time we turn on the news or look online someone is losing their life."

"Charlie was one of the big leaders we had, an excellent person," she said. "Always having new ideas, creating new things."

He had no enemies according to Wiggins, and she described him as "an innocent bystander."

"It shouldn't have had to happen my brother and sister-in-law," Michelle Debnam said. "They should not have to bury their son, it's not fair."

Not the first time a young volunteer was shot to death

This is not the first time the Helping Hand Mission has lost a band member to senseless gun violence.

In 2009, the mission grieved the loss of drum master Joshua Jermaine Bryant, only 19 years old when he was gunned down at the Sgt. Courtney T. Johnson Center in southeast Raleigh.

"He was a role model, one of our leaders," said Wiggins at the time. "We are just disillusioned. What a senseless act of violence."

A 16-year-old was arrested for the shooting.

Earlier that same year, a 14-year-old drummer, Damien Dunn, was also shot and killed. He died after being shot at home in the Walnut Terrance community.

Police arrested Marcus Devon Medlin, 16, in the shooting. Police have said the two men "were acquainted with one another.”

Helping Hand Mission and the band were created to help at-risk youth "find their groove in life."

“We want to see them succeed – stay out of trouble. We have some good-hearted kids. These are not the ones always fighting and causing problems,” Wiggins said.

A memorial has been placed at the scene of Debnam's death.

Anyone with information on the shooting is asked to call Raleigh Crime Stoppers at 919-834-HELP.