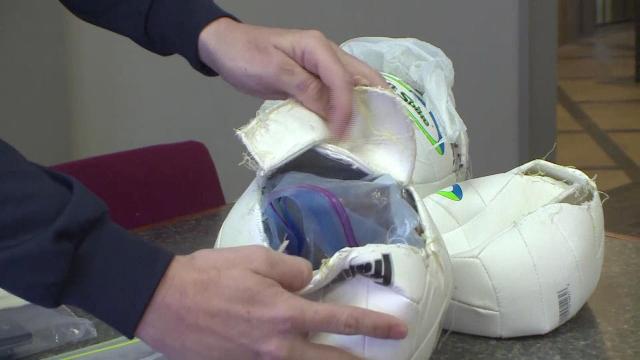 Marijuana, Xanax pills and cellphones are what police said they found in volleyballs being smuggled into Bertie Correctional Prison, according to NBC affiliate WITN.

Authorities said three men, one of them carrying a volleyball, were seen Sunday on a path leading to the prison property. When officers attempted to speak with the men, they ran away.

The prison was told to check for contraband inside the fence and found two volleyballs, which were apparently lobbed over prison fences.

Inside the volleyballs, police said they found nearly 9 ounces of marijuana, 80 Xanax pills, 3 bags of tobacco and 23 cellphones.