Virgos Are Queen of Teen Internet 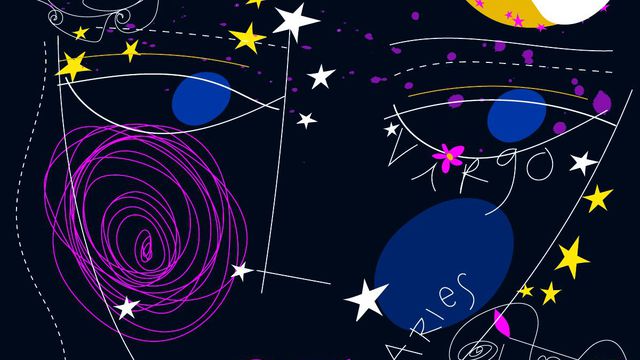 You may have had a hunch that this was a thing, but the shift was evident on Tumblr, historically the source of many of the best astrology jokes and memes.

These days, the astrology humor is less of a presence on the platform. Amanda Brennan, Tumblr’s trends expert, said that many users had stopped joking about astrology, part of a broader shift away from memes that she has observed in popular culture.

“When it comes to figuring out your identity on a larger scale, I think people are moving toward, ‘I don’t want to be funny about this anymore,'” she said. “'I want to be more serious about what my identity means.'”

Tumblr has taken a cue from its users and included the study of the stars in its annual year-end rankings. The site uses the number of searches, posts and reblogs within popular subject areas on Tumblr to name the year’s most talked-about topics. On a platform built for people to obsess over things, the lists are a key to what people obsessed over most.

This comes in a big year overall in the socio-celestial media space. Co-Star, an astrology app that delivers daily readings and insight into users’ compatibility, said it gained 1.3 million users. Instagram and Twitter accounts focused on the cosmos saw their followings surge.

As with all crazes, astrology has its zealots. For the past decade, the humorless people of the world were the ones most likely to spoil the fun by pointing out that astrology isn’t real. Now it’s those humorless people who may start to take their star charts extremely seriously.

Courtney Perkins, who started the Instagram account @notallgeminis early this year, said that her relationship with astrology was mostly lighthearted. She said that most of her followers shared that attitude, but that there were exceptions.

“I think the thing that people take most seriously is compatibility,” Perkins said. “That’s the thing that I get the most questions about so far: ‘Will I work with this person?’ I think astrology is a really fun tool for talking about yourself in an era where none of us can afford therapy. But when people start to rule out romantic prospects or evaluate their friendships based on star signs, I feel like that can be a slippery slope.”

Earlier this month, Perkins, Brennan and Banu Guler, the chief executive of Co-Star, talked about the four signs that showed up at the top of Tumblr’s list — and the sign that went least-discussed this year.

Everyone on Tumblr "stans" (loves) a Virgo — possibly because many people on Tumblr were born between late August and late September. (September is the busiest month for birthdays in the past two decades.)

Virgos are “also people who are very sensitive and emotional, which kind of aligns with Tumblr,” Brennan said. “They’re people who are extremely connected online and people who might want to use social media because they’re a little more reserved in everyday life.”

Guler was more blunt. (She’s a Scorpio.) “Virgos are kind of a nerdy sign, so it makes sense that they’re still on Tumblr,” she said.

Brennan had an explanation for the runners-up, too, like Leos, which ranked second.

“Leos are very socially active, which translates immediately to social media,” she said. “They love connection; they often communicate through humor. And they wear their heart on their sleeves.”

She paused, and added, “They also like to talk about themselves.”

A lot of people are born in late July and August, too, so it may be that Leos and Virgos are simply overrepresented in the numbers.

But that’s not true of Aries, the first sign in the zodiac, which showed up third on Tumblr’s list. Why were they overrepresented on Tumblr?

“Aries are always on their phone,” Brennan said.

It may be that the Tumblr rankings largely correspond to people researching their own signs. But Scorpios are the sign that is perhaps of most interest to people who are not Scorpios. Brennan said that Scorpio blogs abound on Tumblr.

“I think there’s kind of a mystery around the Scorpio that people are really drawn to,” she said. “I don’t have the data to back it ... it’s kind of my theory that a lot of people are just trying to figure out Scorpios.”

That said, Scorpios are basically guaranteed to remind you when their season comes around, whether verbally or with a link to an object they desire. Mejuri, a Canadian jewelry company that targets young people, said that its Scorpio necklace was the most popular of its 12 Zodiac necklaces. (The Gemini necklace was the runner-up.)

“It doesn’t surprise me that Sagittarius is toward the bottom,” Guler said. “I feel like part of Sagittarius’ nature is that they don’t seem like astrology nerds. There’s, like, a healthy dose of skepticism in Sagittarius, so it makes sense that they’re at the bottom.”

A Word About the Rankings

Tumblr takes note of any action taken on the site (searches, posts, reblogs) and gives more weight to those that are more visible (posts and reblogs, for instance, matter more than searches). Tumblr tags actions that pertain to certain topics, like astrology or ships, and, at the end of the year, compiles a definitive list for each topic. Here’s the full astrology list.