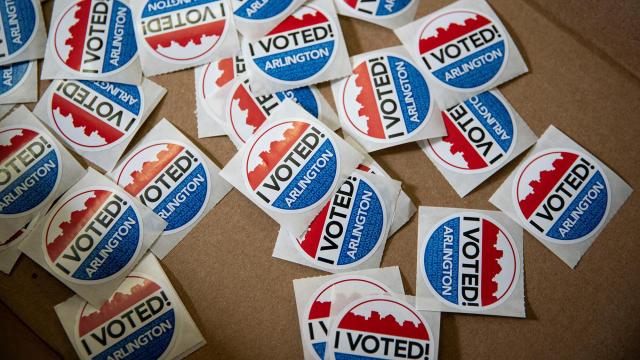 CNN — The online voter registration system in Virginia was coming back online Tuesday evening after a multi-hour outage on the final day for new voters to sign up.

Officials said a cut data connection was to blame for the outage of the citizen portal for much of the day.

Gov. Ralph Northam, a Democrat, said his office was "exploring all of our options to extend" the deadline for voters to register, but he did not believe he could act unilaterally.

"That deadline is set in our code and it does not appear that I have the authority to change it," he said Tuesday afternoon, adding he would "support a court ordered extension of the deadline."

The site is used for first-time registrations as well as registration updates. It also allows Virginians to apply for an absentee ballot and see the location of their in-person polling place.

The Virginia Information Technologies Agency said the outage was a result of "activities related to a Chesterfield County roadside utilities project" near its facility and that a fiber line was cut. It said workers have "restored network connectivity" to the affected systems.

For much of the day Tuesday, visitors to the state portal were met with this message: "Due to a network outage the Citizen Portal is temporarily unavailable."

The elections department also allows registration through a paper form that can be mailed in but must be postmarked Tuesday, the deadline for new voters to register for November's election.

Officials in Florida are also dealing with the fallout from a voter registration computer system failure.

They issued a short extension of the registration window, but a federal court turned down a petition to grant a longer extension.

The judge noted in a blistering opinion that Florida, home to NASA space launch facilities, has chronic election issues.

"Florida has failed to figure out how to run an election properly -- a task simpler than rocket science," Judge Mark E. Walker wrote.