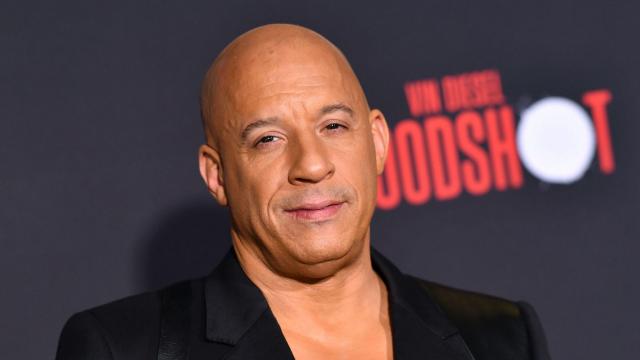 CNN — OK, who had Vin Diesel becoming a pop star on their 2020 bingo card?

The action star just released his debut single, "Feel Like I Do," with Norwegian music producer Kygo.

The dance beat isn't too fast or too furious, but just right. And the song's lyrics, about a new crush, are most definitely relatable.

Diesel teased the song on "The Kelly Clarkson Show" last week, where he talked about his longtime love for music.

"On a year where I would normally be on a movie set, I've had another creative outlet, another way to share with you my heart," Diesel said in reference to how the coronavirus pandemic has delayed movie productions.

The "Guardians of the Galaxy" star has mostly stuck to blockbusters, but said on Instagram that he was encouraged by fans to "step out of (his) comfort zone" and finally release some music.

It's the first time the 53-year-old father of three has released his own music, but fans have heard him sing before.

Videos of him performing karaoke to hit songs by Rihanna, Sam Smith, Beyonce and Bill Withers have been all over the internet for nearly a decade.

Of course, he also performed a short clip of Wiz Khalifa and Charlie Puth's "See You Again" as an homage to his late friend Paul Walker at the 2015 MTV Movie Awards.

When asked about a potential career in music in a post-performance interview, Diesel lit up, saying, "Why am I living in a world of baby steps? I need to go for it. And I will someday."

Well, the day has come, and we are happy it did.