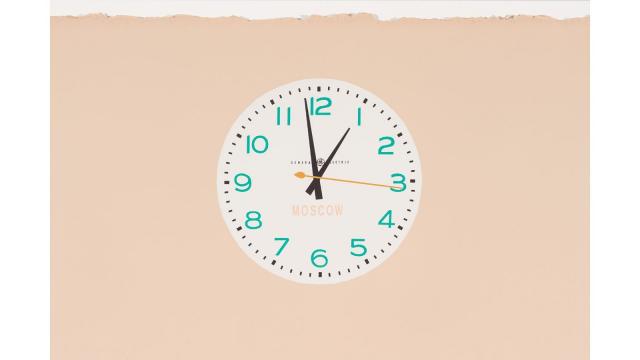 Something about the Vietnam War has always captured the imagination of artists.

Arguably, other than World War II, no conflict has been subject to as many interpretations, examinations or adaptations as America's controversial intervention into South East Asian geopolitics.

The key texts, such as Francis Ford Coppola's "Apocalypse Now," Michael Cimino's "The Deer Hunter," Paul Hardcastle's "19" and Credence Clearwater Revival's "Fortunate Son," depict the war as vivid, violent, surreal and futile. They often recreate the drug-fueled experiences of American soldiers and the unspeakable things they saw in that strange war.

But with the benefit of time and distance, younger artists are channeling their childhood perceptions of the war into bold new work.

Hot on the heels of Ben Tunbull's "No Guts No Glory' at Saatchi Gallery comes a new exhibition from New York artist Matthew Brannon.

"Concerning Vietnam" -- which opens in September at David Kordansky Gallery in Los Angeles -- looks at the war from a very different perspective, moving away from the frontline towards places of detachment: the offices of the US Presidents who made the orders and the cockpits of helicopter pilots.

"Why Vietnam?" Brannon pondered on the phone from his studio in New York. "It's such a simple question, but so large. It's really the question that still plagues America and has ripped apart a few presidencies."

"My own personal interest in Vietnam has always been there but, for a long time, I was hesitant to investigate it," he explained. "I think that says something about my generation. I was born in the Nixon years, it was the last thing anyone wanted to talk about."

Brannon's interpretations of the war don't conform to the usual tropes of Vietnam-inspired films and books.

There are no decorated helmets or napalm fires here -- his visions come in the form of clean, cartoonish prints that could almost be mistaken for tasteful birthday cards if it wasn't for the subject matter.

For Brannon, his unusual approach to Vietnam adds a certain depth: "I'm very interested in a first read and a second read," he explained. "I want the second read to be the more complicated one ... but I want someone to like it before they understand it."

"Even with this project, on the most difficult of subject matters, I've tried to make it so that as a viewer you're still drawn to it. There's no blood, no burned out buildings, there is something in not beginning from a place of upset that allows for a longer, slower read. I think part of the American consciousness is that we want to know what side everyone is on, we want shorter answers, and I'm interested in complexity."

For Brannon this project isn't so much an anti-war statement, but a rumination, not just on Vietnam but the American predisposition towards war, which he believes is still there today.

"Often when artists make art about war it's usually very clear: war is bad. What I'm trying to say is that this is not protest art. I see myself acting as more of a historian or a biographer, I'm taking one war and trying to understand it, and I'm allowing the viewer to make whatever bridges they can to our contemporary situation."

Looking at the works, full of recreated documents and artifacts from the time, it's clear that this is an extremely thorough process, a borderline obsession perhaps.

"Research is the horizon of the work," he confirmed. "I pick a moment in time and then I read and read, swimming around it, coming closer and closer. With my books, half of it is going to be bibliography and footnotes. I usually end up with a pile of notes and it gets closer to being visual art at that point. I've read tens and thousands of pages. There are times when I've become overwhelmed by it."

A major theme within these works seems to be the disconnect between the banality of everyday -- the paper envelopes and coffee dispensers on presidents' desks -- and the terrible acts that these innocuous items belie.

"I think that's always been there in everything I've done. I like to be able to show a bottle of baby shampoo and show there's something disturbing in it. In this case there's a tension between something that's innocent and something that's very much not, there's a motion and a repulsion that's constantly in motion."

"One of the most potent things about visual art is that it can hover in a space like this. One that's very different to a film or a book."

Clearly Brannon's take on Vietnam is forged in his approach, which in turn offers us a different perspective and, just maybe, a higher level of understanding when it comes to this great American disaster story.

"Concerning Vietnam" by Matthew Brannon is on at David Kordansky Gallery in Los Angeles, from Sept. 9 to Oct. 21, 2017.