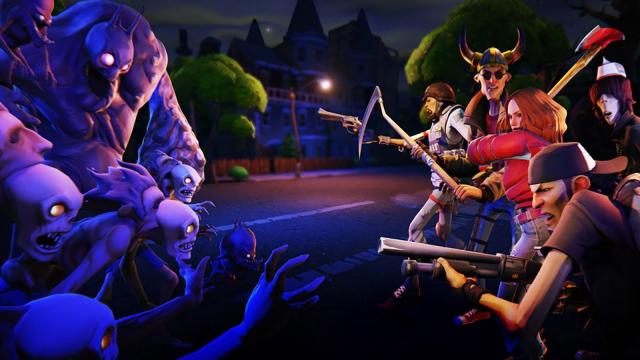 (CNN) — Fortnite and other so-called multiplayer battle royale games are all the rage. And investors in leading video game companies have been stuck doing the "take the L" Fortnite loser dance as a result.

Shares of Activision Blizzard (ATVI) have plunged nearly 45% in the past two months. Electronic Arts (EA) is down almost 30%. And Take-Two Interactive (TTWO) has plummeted 25%, despite having a successful new game -- Red Dead Redemption 2.

Fortnite may be stealing away some gamers thanks to the fact that it can be downloaded for free on iPhones and iPads, Android phones and tablets as well as popular consoles like Sony's PlayStation and Microsoft's Xbox. Fortnite's publisher, Epic Games, has generated big revenue from in-game purchases.

It seems that Activision Blizzard in particular is having a tough time keeping its core base of gamers interested.

The company said last month it had 345 million monthly active users for top games in its Candy Crush, World of Warcraft and Call of Duty franchises in the third quarter. That's down from 352 million users in the second quarter and 384 million users a year ago.

Making matters worse for Activision, there was a customer backlash last month when the company unveiled a new mobile version of a game in its popular Diablo series instead of a sequel to the PC version.

And that controversy, in a nutshell, may be the biggest problem facing many of the game companies right now.

While they all have incredibly dedicated, hardcore fans that will pay up for advanced PC and console versions of top games, companies like Activision Blizzard, EA and Take-Two also can't ignore the rise in popularity of Fortnite and other multiplayer games like PlayerUnknown's Battlegrounds.

That has been a problem for video game retailer GameStop (GME) too. GameStop recently cut its full-year earnings outlook, news that caused the stock to drop 7% on the news. Shares are down about 25% this year.

So as long as casual gamers can play free games instead of buying more expensive PC and console games, then investors in the game publishers and GameStop won't be doing the happy Fortnite Best Mates dance anytime soon.