Quiet Day at a Synagogue Was Shattered by Gunfire 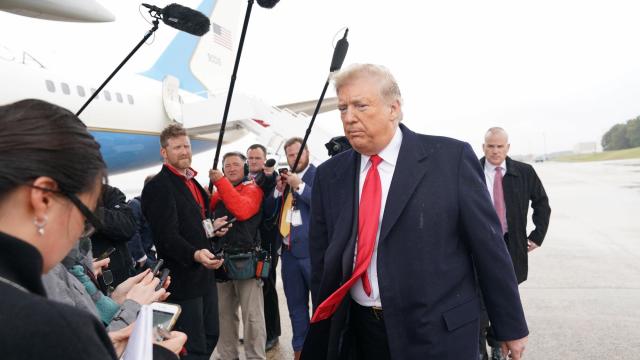 PITTSBURGH — As gunfire shattered the prayerful morning stillness of the Tree of Life synagogue, Barry Werber was hiding in a darkened storage room. In front of him was Melvin Wax, a longtime member of the New Life Congregation whose body lay on the floor. Then a man stepped through a swinging door into the room.

Werber saw that he was carrying a long gun.

“He walks in,” Werber said of the killer. “He steps over Mel’s body.”

The man seemed to look around for a brief moment, but couldn’t seem to see in the darkness. He walked back out.

Werber escaped with his life. But 11 others in the synagogue on Wilkins Avenue on Saturday morning did not. The massacre unfolded over about an hour in individual acts of endurance and courage — Werber holding his breath in the darkness, police officers who rushed in while the gunfire was still raging to confront the killer, congregants who put aside their terror to help one another.

It ended when the gunman, identified by police as Robert Bowers, wounded and crawling on his knees, surrendered to police officers. He had “wanted all Jews to die,” he told a SWAT officer then, according to a criminal complaint filed in the case, because Jews “were committing genocide against his people.”

The synagogue massacre on Saturday — one of the worst attacks against the Jewish community in the United States in decades — hit at the heart of one of the country’s most vital Jewish neighborhoods. And it shook a nation in the homestretch of an exhausting and bitter political season that has seen rising vitriol and occasional threats of violence. Only a few days earlier, federal law enforcement agents had been called out in multiple states to investigate a series of pipe bombs mailed to Democratic critics of President Donald Trump.

It began as a normal Saturday for the Tree of Life synagogue in the Squirrel Hill neighborhood, home to about one-fourth of the Jewish residents of greater Pittsburgh. As the population has aged and attendance has dwindled, three congregations — New Life, Tree of Life and Dor Hadash — have all come to call the synagogue home. The New Life congregation met in a downstairs area in what is formally called the New Life Chapel. On a typical Shabbat, about 20 people would show up to worship at New Life, said Carl Solomon, who is a member, and many of those would trickle in late.

At 9:54 a.m., shortly after services started, emergency dispatchers began receiving 911 calls from the synagogue. One of the calls was from Werber.

“Active shooter,” said the dispatcher. “Tree of Life synagogue. 5898 Wilkins Ave. There is an active shooter in the building. They are being attacked. There is gunfire. Caller is going to be on the third floor. One person down so far.”

Werber, a 76-year-old retired information technology worker, had come to Saturday services and, as usual, Cecil and David Rosenthal, two brothers with long ties to the congregation, were just inside, greeting people and handing out prayer books.

Werber noticed a table by the entrance with some wine goblets and a bottle of whiskey, presumably for a special ceremony called a bris, in one of the other congregations. Werber did not usually come on Saturday mornings, preferring Friday night and Sunday morning services, but it was the yahrzeit, the anniversary of his mother’s death, and thus a solemn occasion for him.

He went down the stairs to the New Life sanctuary, where the rabbi of his congregation and two others had gathered. There were two more members there that morning: Daniel Stein and Richard Gottfried; they were in the kitchen at first, making sure the lox, cream cheese, bagels and eggs were ready for the next day’s breakfast.

In the sanctuary, Wax, 88, who was a fixture at New Life, stood in the front to begin the service. The rabbi was there.

Suddenly, there was a loud noise.

“I assumed that someone had run into that table,” Werber said, referring to the table with the wine goblets. “So I opened the door to look. And I saw the body of Cecil on the steps.”

He knew immediately what had happened. So did the rabbi, who had already gone to the back of the sanctuary, where a swinging door led into a storage room about 6 feet across. Werber, Wax, the rabbi and hurried in. It was pitch dark inside.

“I didn’t know that room too well,” Werber said. “I had been in it once, and I knew there might be a back way out of the building there in the dark. I couldn’t find it.”

The rabbi did apparently find a way out, and left to seek help. Werber, feeling around in the darkness, called 911 on his cellphone and described what he was hearing — more shots, and then silence.

Joseph Charney, 90, a congregant at the Tree of Life synagogue since 1955, said he was standing in front of a woman who was reading to the congregation, and next to his rabbi, when they heard what he thought was furniture falling.

It was not until Bowers walked into their congregation that they understood what was happening.

“As soon as I realized what it was, it was get out of there or die,” Charney said.

He saw Bowers shoot four people, and he ran away quickly. “I saw a big gun — I only looked at him for a couple of seconds and I put two and two together,” Charney said. He said he and the woman who had been reading scurried to a space on the third floor where “there are places to hide, because they are small.” He stood there with the woman, thinking of two things: “Keep your mouth shut and don’t breathe. It was very difficult.”

When the first police officers arrived around 10 a.m., the gunman immediately began shooting at them.

“We’re under fire, we’re under fire,” said an officer, according to a transcript of the police radio scanner traffic. “He’s got an automatic weapon, he’s firing at us from the synagogue.”

Another officer reported: “We’re taking on AK-47 fire from out the front of the synagogue.”

Werber was hiding in the storage room with Black, who was crouching behind the door, and Wax.

“Mel Wax, blessed memory, couldn’t hear,” Werber said. “He had hearing aids, but you had to shout to make him hear anything. And I wasn’t about to do any shouting.”

When the gunman came in, stepping over Wax’s body, no one said a word. Black was crouched near the door. Werber’s cellphone, an old flip phone, was unlit. “If there had been any light, I would have been the center of the bull’s-eye,” he said. “I was just hoping he didn’t have a flashlight or he just didn’t spray the back of the room for the hell of it.”

Instead, he walked out, Werber said, apparently in search of other victims.

At 10:55 a.m. the SWAT team encountered Bowers, up on the third floor where he had barricaded himself.

“Shots were still going off when I came out of the room,” an officer said on the scanner. “I believe he’s still alive.”

“Contact with the actor,” an officer said. “Spontaneous negotiations ongoing, communications effort to get him to come out, tell him we’re not going in.”

Officers exchanged gunfire with the suspect, and four police officers were wounded, three of them by bullets.

“He’s been given orders to crawl out, crawl out,” an officer said. “He’s not done so yet.”

At 11:08 a.m., the suspect finally surrendered, crawling toward the officers.

“Suspect’s talking about, uh, all these Jews need to die,” an officer said. “The suspect keeps telling about killing Jews, he doesn’t want any of them to live.”

When police got to Werber, he went over to check Wax’s pulse. There wasn’t any. He followed police out.

Later, he learned that Stein and Gottfried had been killed. Werber and Black were taken to a police car, where they sat and listened to the ongoing drama on the police radio. After that, they were moved to a pediatric facility across the street, and afterward to the Jewish Community Center.

When Werber was finally allowed to leave, he found that he was lost driving home on streets he had known his entire life.

Bowers, who had no criminal history, remained under guard in the hospital Sunday morning after having surgery, authorities said. He was scheduled to make his first appearance before a federal judge at 1:30 p.m. Monday. Federal officials charged him with 29 criminal counts, included obstructing the free exercise of religious beliefs — a hate crime, which can carry the death penalty. He also faces state charges.

News of the massacre prompted condemnation from around the world. Pope Francis led prayers for Pittsburgh on Sunday in St. Peter’s Square, denouncing the “inhuman act of violence” and praying for an end to the “flames of hatred” that fueled it. Trump ordered flags to fly at half-staff, after returning to Washington from Illinois on Saturday night. On Sunday night, a cold rain pouring outside, thousands packed into a standing-room-only vigil at the Soldiers & Sailors Memorial Hall in Pittsburgh. Rabbis, ministers and other faith leaders spoke alongside officials from the city, the county, and Israel.

Reuven Rivlin, president of Israel, appearing in a video, led the attendees in saying a mourner’s Kaddish. Naftali Bennett, Israel’s education secretary, spoke in person about coming together and “saying no to hatred.” Peduto talked of driving anti-Semites “back to the basement on their computer and away from the open discussions and dialogues around this city, around this state, and around this country.”

Werber, for his part, was not certain when he would be able to return to the synagogue he has considered an important part of his life for nearly 20 years.