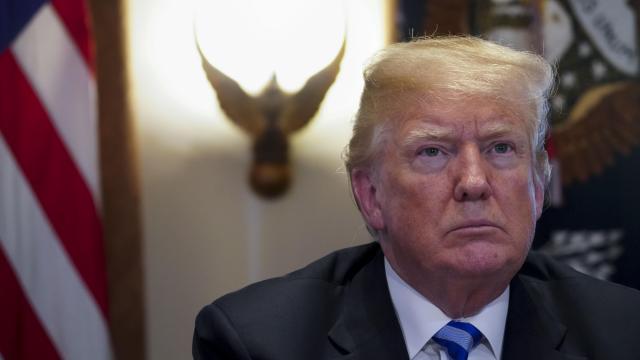 ".@realDonaldTrump, you've got to get your shit together: migrants are people who have left everything behind - not by choice, to pursue a better life. You must show compassion and humanity. your golden head and a #FuckingWall won't stop these people's dreams and hopes," Fox tweeted.

Fox took issue with Trump's remarks during an immigration roundtable, where the President blamed Democrats for immigration laws that he said meant "we have to break up families." During the same event, Trump called members of MS-13 and other undocumented immigrants who are deported for committing crimes "animals."

"These aren't people," Trump said. "These are animals."

Asked about the remark on Thursday, White House press secretary Sarah Sanders said she did not think the term Trump used "was strong enough."

"This is one of the most vicious and deadly gangs that operates by the motto of rape, control and kill," Sanders said. "If the media and liberals want to defend MS-13, they're more than welcome to."

Fox's tweet on Wednesday was the latest in a long-running string of anti-Trump remarks. The former President of Mexico has taken issue with Trump since the Republican made hardline calls for deportation a mainstay of his presidential campaign, and Fox has asserted continually that Mexico will never pay for Trump's pledged border wall with Mexico.