Venezuela Agrees to Pay $2 Billion Over Seizure of Oil Projects 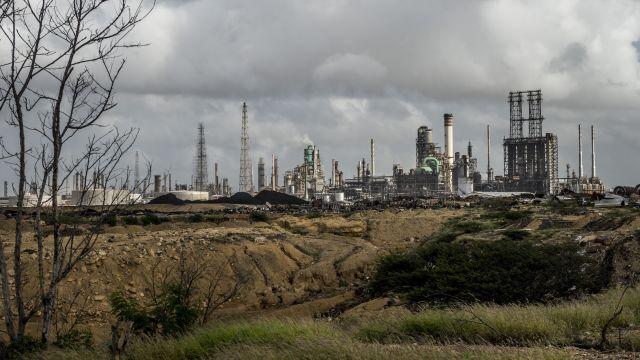 HOUSTON — More than a decade ago, Venezuela seized several oil projects from the U.S. oil company ConocoPhillips without compensation. Now, under pressure after ConocoPhillips carried out its own seizures, the Venezuelans are going to make amends.

ConocoPhillips announced on Monday that the state oil company, Petróleos de Venezuela, or Pdvsa, had agreed to a $2 billion judgment handed down by an International Chamber of Commerce tribunal that arbitrated the dispute. Pdvsa will be allowed to pay over nearly five years, but as it is nearly bankrupt, even those terms may be hard to meet.

After winning the arbitration ruling in April, ConocoPhillips seized Pdvsa oil inventories, cargoes and terminals on several Dutch Caribbean islands. The move seriously hampered Venezuela’s efforts to export oil to the United States and Asia, and emboldened other creditors to seek financial retribution.

“What they did was choke the exports and made it clear to Pdvsa that the cost of not coming to an agreement would be higher than actually settling on a payment schedule,” said Francisco J. Monaldi, a Venezuelan oil expert at Rice University.

As its oil production has plummeted to the lowest levels in decades, Venezuela has fallen behind on more than $6 billion in bond payments. Pdvsa has already defaulted on more than $2 billion in bonds after failing to make interest payments during the last year, and owes billions of dollars more to service companies.

Adding to Venezuela’s woes, the Trump administration has imposed sanctions that prohibit the purchase and sale of Venezuelan government debt, including bonds issued by the state oil company.

Monaldi said Pdvsa would be forced to pay ConocoPhillips with money it would have paid other creditors and would probably delay some oil shipments to China it owes in separate loan agreements. He added that “there is not a negligible probability” that at some point it will discontinue payments for lack of money.

Hyperinflation, corruption and growing starvation have crippled the Venezuelan economy, as the socialist government is forced to choose between buying food and medicine and satisfying the demands of creditors. During the last few days, the government has scrambled to deal with its economic crisis by sharply devaluing its currency, raising wages and promising to shave energy subsidies.

Venezuela has the largest oil reserves in the world. Its crisis has tightened global oil markets at a time when threatened U.S. oil sanctions against Iran could drive up prices.

The settlement with ConocoPhillips over the 2007 seizure resolves a drawn-out legal struggle, at least for the time being.

“As a result of the settlement, ConocoPhillips has agreed to suspend its legal enforcement actions of the ICC award, including in the Dutch Caribbean,” ConocoPhillips said in a statement.

Pdvsa, which did not comment on the agreement, is to pay the first $500 million within 90 days.

ConocoPhillips is pursuing a separate arbitration case over the same seizure against the government of Venezuela before the World Bank’s International Center for Settlement of Investment Disputes, which could result in another large settlement award, perhaps as high as $6 billion.

That amount would probably be unpayable, experts say, but it could put ConocoPhillips in a strong position to obtain access to Venezuelan oil fields in the future if the current government eventually falls.

Pdvsa’s problems with creditors are far-reaching, putting its American Citgo assets, including three large refineries and a pipeline network, in jeopardy. A federal judge in Delaware recently ruled that Crystallex, a Canadian gold mining company, could seize more than $1 billion in shares of Citgo as compensation for a 2008 nationalization of a mining operation in Venezuela.

Citgo is appealing. If it loses, that may open the way for more claims on Citgo assets by companies whose investments have been expropriated in Venezuela, including Exxon Mobil.