Vehicle crash knocks down power lines, leads to another crash 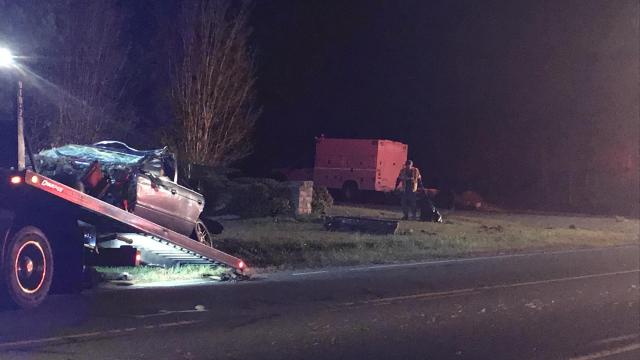 Troopers said a driver ran off the road while speeding on Manns Chapel Road in Chatham County. The vehicle hit a tree, a sign, a brick column and brought down power lines.

Another car driving down the road hit the fallen lines and power pole. That car caught on fire.

Troopers said the driver of the vehicle who first crashed was being investigated for a DWI but there were no charges as of Friday night. That driver was also being checked out by EMS.

Nobody was injured in the second vehicle.